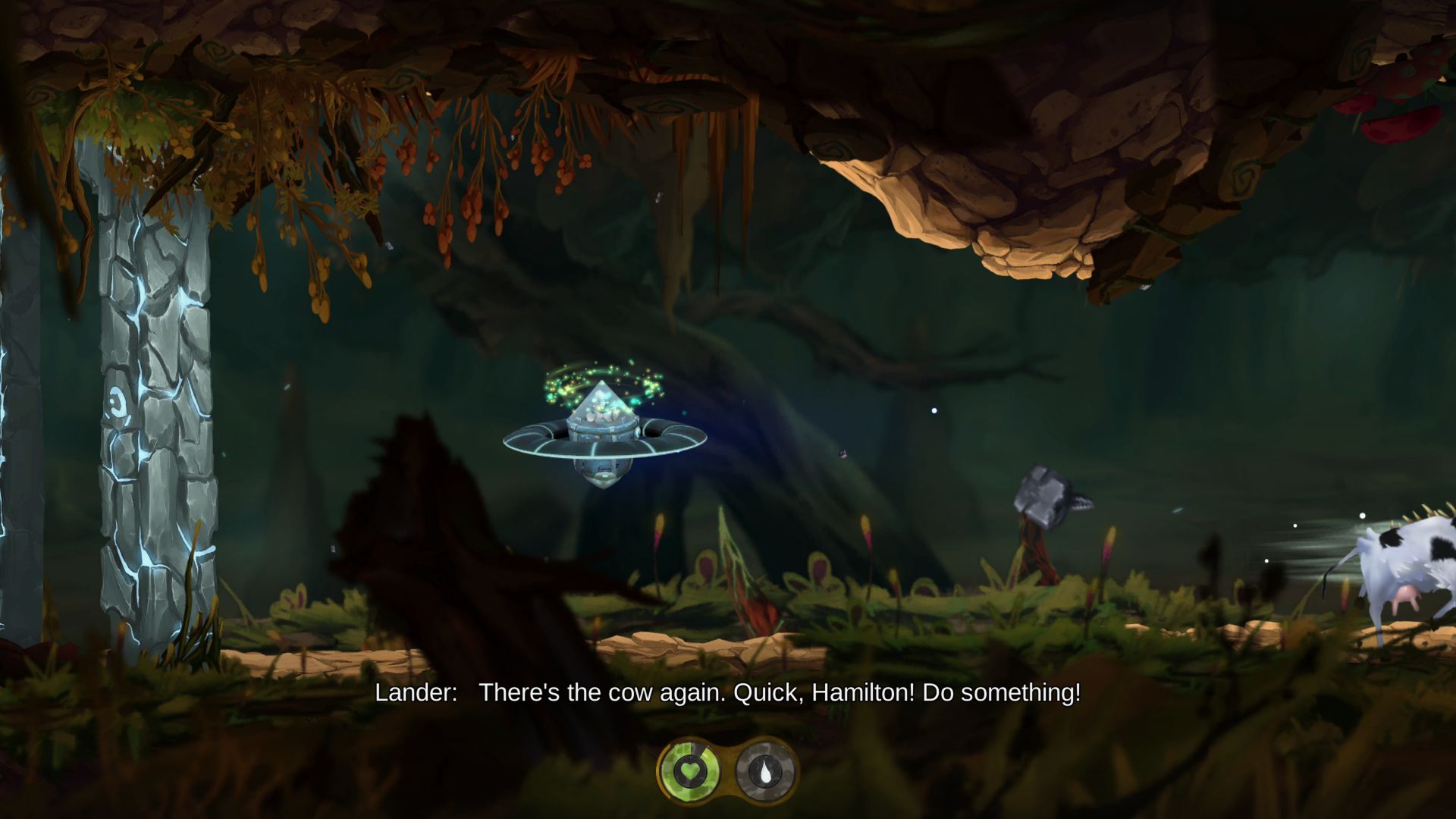 It's always nice when a game dares to be different. That certainly applies to Moo Lander, a game about a UFO that crash lands on a planet inhabited by malevolent alien cows. Those cows are dangerous, and now they've spread from consoles and Steam to GOG, the popular PC storefront. Now kids who are too cool for Steam can get in on that UFO-versus-cow action without worrying about the dangers of DRM. Oh, and they'll be able to enjoy Moo Lander's 4-player co-op minigames, too.

In the Moo Lander campaign, a solitary astronaut and his AI companion have arrived on Mars in search of precious milk for their struggling civilization. Unfortunately, the astronaut botches the landing pretty badly, scattering parts of his ship all over the place. It still flies but will need lots of repairs before it can conquer the alien cows and bring their milk home. Players must explore a vast alien world Metroidvania-style, but they'll be flying around in the UFO rather than running and jumping on foot. In the separate "Mooltiplayer" menu, players can choose from two local co-op modes. One supports 2 players and the other supports 4. The "Lander vs AI Cow" mode is basically a boss fight in a relatively enclosed environment, whereas "Survive the Waves" is a horde mode in a much larger location. Enemies in Survive the Waves tend to be alien plants, though I wouldn't be surprised if the team still has to fight cows during later waves.

Moo Lander sells for ~$17.99 on Xbox, PlayStation, Steam, and GOG. A Switch version will be released eventually as well. The GOG version is currently on sale for 30 percent off, so get a moo-ve on!