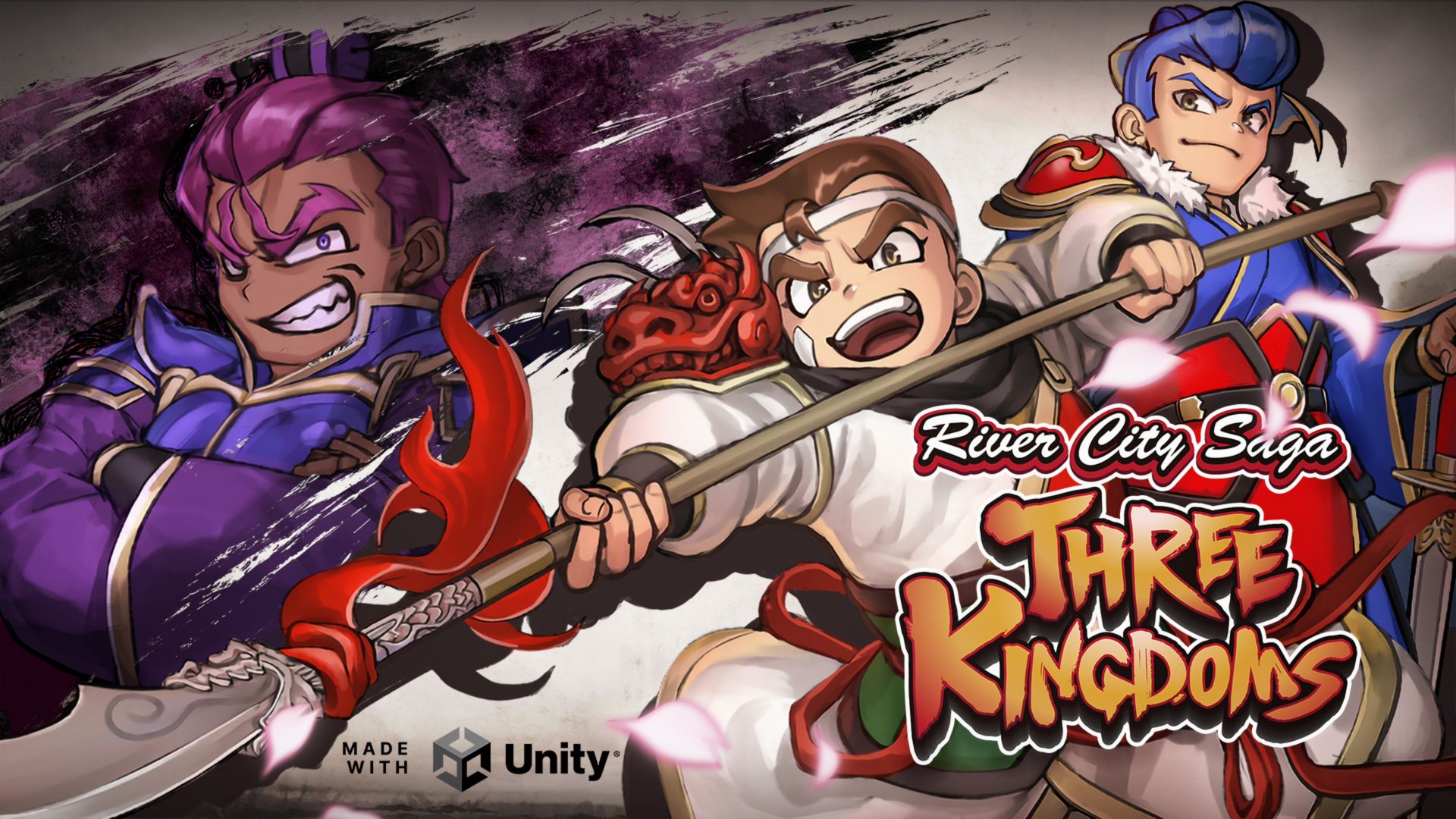 While beat 'em up fans continue to wait patiently for WayForward's River City Girls 2 and River City Girls Zero, those aren't the only games in town. Straight from Arc System Works themselves, River City Saga: Three Kingdoms has just landed on PlayStation, Switch, and Steam. This installment transplants the River City/Kunio-kun cast to China's Three Kingdoms period. Both a 2-player story mode and a 4-player arcade mode are included, each supporting local and online co-op. Oh, and the "River City Girls" are in it too!

China's Three Kingdoms period spanned from 220 to 280 AD. Gamers at large are probably most familiar with it as a result of Koei Tecmo's Dynasty Warriors series, and, to a lesser extent, Capcom's arcade beat 'em ups, Dynasty Wars and Warriors of Fate (both found in Capcom Arcade Stadium). Numerous anime and live-action adaptations exist as well. River City Saga: Three Kingdoms encompasses most of the period in six chapters, telling the story from the Yellow Turban Rebellion all the way to the Battle of the Red Cliffs. Of course, major historical characters here are played by River City and Double Dragon characters such Kunio, Abobo, Kyoko, and Misako! There are 24 playable characters to meet and unlock. Bonus Mode (Scanlines can be toggled off)

The game features a Story Mode with 2-player local and online co-op as well as a Bonus Mode called "China Heroes" that supports 4-player local and online co-op. Both modes utilize slightly different mechanics, with Story having action RPG elements such as leveling up through XP, and Bonus being a strictly arcade-style adventure. We tried Bonus before writing this story and had lots of fun with it, although I can't figure out what to do after running out of lives and becoming a ghost. This game could really use a manual or help section!

River City Saga: Three Kingdoms costs $29.99 on PlayStation, Switch, and Steam. Shame there's no Xbox version! I got it on PlayStation, so we'll have a full co-op review in the near future.