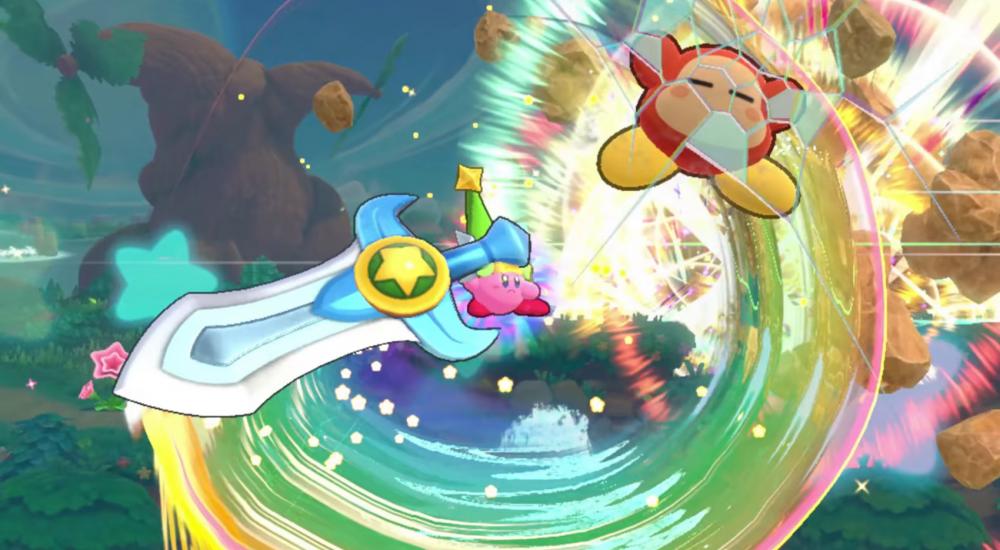 Ah, fall (in the Northern Hemisphere)... the weather starts to cool, the leaves begin to change, and the holiday video game releases loom on the horizon. While the start of summer typically marks developers and publishers hyping up the gaming community with big announcements for what's to come in a year (or two or three) via digital presentations and "Keigh3," the fall is when we usually get teasers of more immediate releases. For example, the September Nintendo Direct dropped yesterday and not only did it finally give a full name and release date for the next Zelda game (The Legend of Zelda: Tears of the Kingdom, May 12, 2023), but there are four new co-op games, two remastered co-op games, and one existing co-op title that are coming to the Switch within the next 6 months.

If you missed the direct, you can check out the full thing below with our quick roundup of the forthcoming co-op games after the video.

Kirby's Return to Dream Land Deluxe - originally released on the Wii, this remastered version of the game allows up to four players to team up locally and play as four Kirbys and use their own Copy Abilities as you search for the pieces of Magalor's ship. Your buddies can also still play as Meta Knight, Waddle Dee, or King Dedede, if they prefer. There are also new subgames to play if you want to take a break from the cooperation and get in some friendly competition. Kirby's Return to Dream Land Deluxe releases on February 24, 2023.

It Takes Two - Hazelight's latest co-op title will finally make its way to the Switch on November 4, 2022. You and a buddy can team up to play through this weird story of divorce either locally on the same system, on separate systems via local wireless, or online. Much like other versions of the game, there's a "Friend's Pass" option for playing online where only one person needs to own the game.

THEATRHYTHM FINAL BAR LINE - the third rhythm music game in this particular series (the first two were released on the 3DS), tap your way through 385 songs spanning the entire Final Fantasy series as well as other Square Enix titles. An additional 90 songs will be added as DLC (30 songs per) after release, and getting either of the "Deluxe Editions" will add another 27 "special music tracks" including the oh so good "A Long Fall" by THE PRIMALS. The Final Fantasy series has a long history of outstanding music but the fact that FFXIV tracks are included in this... I am very tempted. Two player local co-op is supported in the "Pair Style" mode. THEATRHYTHM FINAL BAR LINE will be released on Nintendo Switch and PlayStation 4 on February 16, 2023.

Fae Farm - there were four different farm sim/life sim style games announced during yesterday's direct, but only one of them let you do that farming with friends. Developed by Phoenix Labs - the same group behind Dauntless - you and up to three buddies can team up via local wireless connection or online to tend to a homestead and grow crops, craft items, and explore dungeons. You'll also discover magic spells that will aid in all of those tasks. Fae Farm is slated for a Spring 2023 release.

Fitness Boxing Fist of the North Star - say it with me now... "NANI?!" The latest "Fist of the North Star" game is a Fitness Boxing title? I mean... sure? Similar to past games, you'll use your Joy-Cons to do rhythm-based boxing/exercising, this time with Kenshiro as your instructor. Two player local co-op is supported so you and your partner can exercise and exclaim "Omae wa mō shindeiru" together.

ENDLESS Dungeon - AMPLITUDE Studios' latest entry in the ENDLESS universe is a "rogue-lite tactical action" game is officially hitting all the platforms now. Team up with two buddies locally on the same system or online to make your way out of an abandoned space station. Based on what's been shown thus far, this largely seems like a refinement of their Dungeon of the Endless title, which is a great co-op game so got some high hopes for this one. ENDLESS Dungeon should be out sometime February 2023.

It's worth noting that Pikmin 4 was also announced during this Direct and could support co-op like past titles, but there was no mention of it during this brief tease. And that does it for what's coming to the Switch in the short-term! Anything in particular you're looking forward to playing with friends? Let us know in the comments below!