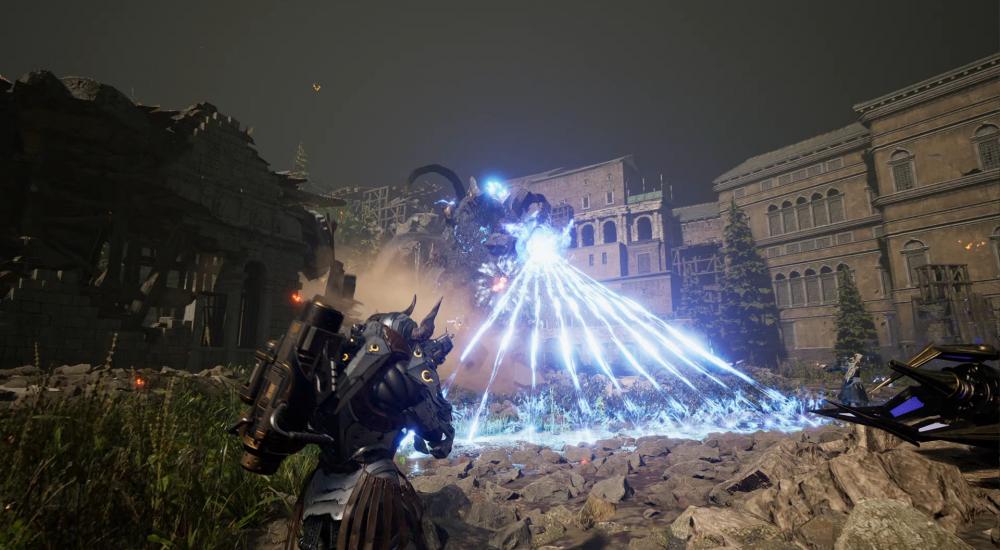 The first open beta for Nexon's The First Descendant wrapped up last week to mixed results. While there is definite potential there, it's largely going to depend upon how the game gets supported and how the time-investment/reward structure for players shakes out. We were fortunate to get some questions answered by Lee Beom-jun, Producer and Head of Magnum Studio (the development team within Nexon that's working on The First Descendant), and while it may not lay all concerns to rest, I appreciate how committed and enthusiastic he sounds about the title.

Co-Optimus: Thanks for taking the time to talk with us about The First Descendant! I wanted to kick things off with your "elevator pitch" of the game; what is it, what's the setting, what will players be doing.

Lee Beom-jun: The First Descendant is a third-person cooperative RPG shooter game in which players will have to grow stronger to fight against invaders for the survival of humans as a Descendant.

Co-Optimus: With the main story being told through missions that can be played solo or cooperatively, how did you go about balancing them? Will additional players mean harder or more enemies? This seems particularly challenging, too, as the missions are all done in an open area where other players are running around and could start helping.

Lee Beom-jun: We did not adjust the difficulty based on the number of players for the Steam beta. Since The First Descendant requires grinding, the enemy's difficulty should vary depending on the player's growth. Players can go through missions alone and strengthen their Descendant, or if the missions require higher character stats, they play the missions with friends in co-op.

There are plans to adjust the difficulty level in the future. However, our guiding principle is that players should feel rewarded for their character growth. We don't want players to have a uniform experience with a fixed difficulty level. It does not matter how much you've advanced in character growth if the experience is always the same. We want players to be able to wipe out monsters if they've made enough progress in the game. Co-Optimus: Focusing on the co-op missions in particular, the big appeal to The First Descendant compared to similar titles in this genre are the Void Intercept missions where players team up to take on Colossi (raid-style bosses). You've said in other interviews that these bosses will require cooperation amongst players as each Colossus will have certain "gimmicks" they employ. As these missions use matchmaking, how are you balancing the mechanics of the bosses with groups of people that potentially won't be communicating with one another?(not everyone likes to use voice chat)

Lee Beom-jun: Each boss has a different gimmick. Some bosses require communication via in-game chats for you to defeat them, whereas some bosses have very intuitive gimmicks, so you can attack the gimmick as you see them. Moreover, the player's build settings are sometimes more important than the gimmick for some bosses.

Players can choose which boss to defeat. Since the material for the Descendant Research that can be obtained from each boss is different, players need friends to play with to get the Descendant they want. Of course, we offer matching in the game, but finding other players on The First Descendant's official Discord would also be great!

Co-Optimus: Speaking of balancing, how are you assessing all of the Descendants against one another and the bosses? Often times players gravitate towards a core set of "meta" builds that make other choices feel at best sub-optimal and at worst unwanted, which in turn can lead to players getting booted for their choice of Descendant or players leaving activities if everyone isn't running the meta.

Lee Beom-jun: When a new boss is updated, a new meta for defeating this boss will be studied. In the process, we will realign marginalized metas to bring them into the spotlight. The same goes for new weapons and rune releases. Existing unpopular metas can be combined with new content to create synergy, allowing popular metas to circulate. If there are characters who really need to receive light, we will support them with skill modification runes.

We don't want the players' strategy to be stagnant. With new content updates, we expect the main meta to change dynamically and always provide new research opportunities to the players. Co-Optimus: The Void Intercept missions also seem to be the main way players go about unlocking new Descendants to play; what will be the motivation of players to continue engaging with these once they've unlocked everything?

We plan to create more interesting content and rewards at launch by linking the Void Intercept Battle with challenging missions. Please look forward to this.

Co-Optimus: I read in your interview with Digital Trends that additional story content will be released "with each major update." Will these updates include new Descendants to unlock/play? What do you envision the game will look like a year after its release with these updates?

Lee Beom-jun: Of course. Descendants are the most crucial factor in our game. We will keep adding them and updating the story content. New Descendants, weapons, and runes will be regularly released. Various cosmetic elements not in this beta will also be available.

Just imagining what The First Descendant will look like a year after its release excites me. We are meeting our players for the first time through the beta, but after the official release, we expect to meet more players. From the point a live service game is released, it becomes a game created with the players. The development team has a roadmap, but I think we need to listen to players and update them based on the players' feedback. After ten years, I hope it will be a game in which players will have a lot to do and research, to the extent that they'll wonder, "with whom should I play which content today."

Co-Optimus: In that same interview, you said the game had more of a fantasy setting and you shifted to sci-fi after internal feedback; why that shift though? There are a number of sci-fi looter shooters on the market so wouldn't a fantasy-based one stand out more?

Lee Beom-jun:  First, thank you for your interest in the interview. Most of the things that you said are correct. In this section, I would like to help you understand by explaining the situation in detail. In the early stages of development, when the proportion of fantasy was high, it was pointed out that the mix of fantasy and sci-fi was awkward. Thus, it was concluded that we had to lean more to one side, and in the process, the fantasy aspect was judged to have strong design constraints, so we decided to go more with sci-fi. For example, the combat mechanism is limited if you want to design an enemy that fights at a distance in a fantasy world. Such was the case with limited gun designs that fit the world’s laws of magic and physics. I hope you can see that we wanted a foundation that could contain more themes for continuous updates. Co-Optimus: Finally, let's talk about monetization. Again, going back to your other interviews, I know that your focus for The First Descendant is to make a fun, free-to-play, MMO RPG for folks to enjoy, and you did state "we aspire not to pursue excessive [pay-to-win] aspects." Are you able to elaborate more on what that means, though? I'm kinda focused on the "excessive" part of that statement.

Lee Beom-jun: I believe this was asked because you thought the word "excessive" signified that there would be some P2W element. We do not pursue P2W. However, since there may be differences in the degree of acceptance depending on the person, I expressed it somewhat conservatively as 'excessive.' In addition, the game is still in beta, so all the monetization elements have not been confirmed. As far as the answer goes, I hope you understand our basic principle regarding our [business model]. I think it will take a little longer to talk more about [that] in detail, but I will explain it again when that time comes.

Co-Optimus: Thank you again for taking the time to talk with us about The First Descendant. To close things out, what's been your best co-op moment with the game so far?

Lee Beom-jun: I appreciate your interest in our game. As for the co-op, of course, well-designed co-op content - such as The First Descendant's Void Intercept Battle (VIB) - is the most fun experience, but personally, I felt that I was playing a multiplayer online game when I got help from another player at a moment I did not expect. During the internal test, when I was about to die in a difficult mission, a passing player saved me, cleared it with me, and continued to co-op after that, and it remains an awe-inspiring memory.

Our thanks again to Lee Beom-jun and all the folks at Nexon for taking the time to answer our questions. There's currently no set release date for The First Descendant.