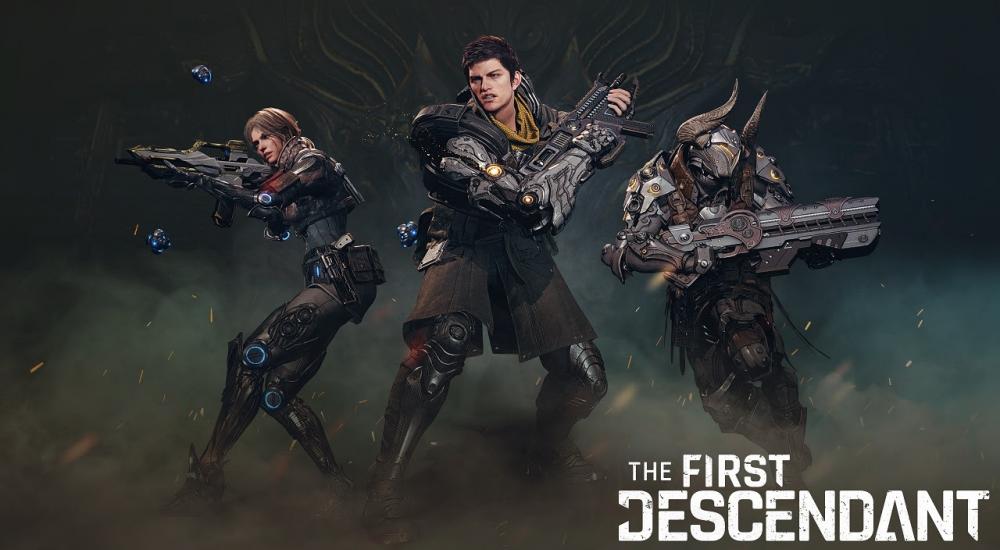 The latest "shooter looter" to hit the scene - Nexon's The First Descendant - wraps up its open beta later today, and after spending 12 hours with it I've got a few thoughts...

The First Descendant is a third-person shooter with some RPG mechanics. You'll gain experience as you defeat enemies and level up, which increases stats like your base hit points, shields, and defense, and the effectiveness of your abilities. These boosts are fixed and you cannot allocate points like in a traditional RPG. You'll initially only have access to one special ability and unlock the other three by the time you hit level 10. There is loot to acquire as you play - specifically "armor" (there are 4 gear slots that either provide more shields, more defense, or more HP), guns, and Runes, which are the main way you customize your character/gear - and additional characters are unlocked by acquiring kits and materials, then crafting the different pieces and assembling them. If you've played even a smidgen of Warframe, much of this will feel familiar.

The general progression through the game is to travel to one of the seven different regions (only three were available in the beta) in order to complete all the story missions in that area, which in turn unlocks Consecutive missions and Void Intercept battles. Unlocking those two things unlocks the endgame as it stands now, though it's worth noting that you'll need to clear all the regions to unlock all the missions. The aforementioned endgame is going back and forth between the two mission types in order to get the parts needed to unlock additional characters or certain items that increase how many Runes you can equip on your character/weapons.

The Consecutive missions appear to be set by region and are either survival (stay close to a thing and pick up drops from the waves of enemies to prevent a meter from ticking up) or defense (stay close to a thing and prevent enemies from blowing it up). The Void Intercept battles are raid-style boss fights where you'll go up against huge Colossi that have certain weak points and unique mechanics. These battles are the most fun between the two endgame options as not only are the boss designs neat, coordination between teammates is required to overcome some of the mechanics and victory results in a Borderlands-style explosion of loot. Unfortunately, you'll be spending most of your time doing the Consecutive missions and it really highlights the biggest flaw with The First Descendant as it stands right now: player time investment. There are a number of games in this same genre - both big and small - that are built around rewarding players for the time they invest by providing something notable within the context of the game itself. Maybe it's a particular piece of gear that completes an overpowered build, a rare or exotic weapon, or a new character to play. From what I've seen so far, the first two options are ruled out entirely. There are no random rolls on guns; a level 1 "Blue Blood Bomber" has the same perks as a level 32 version with the only difference between the two being the level 32 version does more damage. You also can't "feed guns to guns" to increase their level so if their is a particular weapon you like, you'll just have to hope RNG favors you to get a higher level drop. The only gear that affects your build are the Runes, which act the same as Mods from Warframe, and most of these have enough limitations that it's hard to really get excited about getting a particular one.

That just leaves the new characters, which are going to take so much time to unlock that it'll feel more like a relief than a reward. Each time you make it to a certain point in a Consecutive mission you'll have the option to leave and, potentially, get a reward (Amorphous Material). Considering the difficulty of these missions spike sharply right around the time you can escape, making a hasty exit isn't a bad idea; but the key word in all of that was potentially. You may spend 15, 20, or 30 minutes playing through a Consecutive mission and at the end of it all get absolutely nothing. Adding to that frustration is there's an additional layer of RNG with which to deal. If you do get an Amorphous Materials from the Consecutive mission, you'll need to take it to a particular Void Intercept battle, beat the boss, and then hope your reward turns into the actual item you want as each Amorphous Material could turn into one of five different things, two of which are the aforementioned lackluster Runes. With seemingly no bad luck (I cleared 7 Consecutive missions in a row with no reward) or duplicate protection in place, you could spend hours doing the same two endgame activities and still not get your desired loot. If the rest of The First Descendant was outstanding, then maybe the time sink wouldn't feel as bad. However, even attributing some flaws (jittery graphics, voice lines that sound as if they're text-to-speech bots, and limited activities) to the game still being in beta, there are some fundamental issues that ensure you will feel every minute of that endgame grind. Overall gunplay isn't very satisfying or snappy; enemies are either so weak they barely pose a threat or they kill you in two hits; campaign missions often swing back-and-forth between "this is balanced for all playable characters" and "should I be playing as someone else?"; and some characters' abilities just feel useless. Finally, while XP gains were boosted while playing due to it being a beta test period, those kinds of boosts will go away when the game launches and potentially be something for which you have to buy with real money. The grind will just get that much longer and exhausting.

There's always hope, though. Digital Extremes and Bungie managed to turn things around for their flagship properties so Nexon could do the same for The First Descendant. While I'm not a fan of where things are at right now with the game, I do see potential for something that could be a competitor in this space.