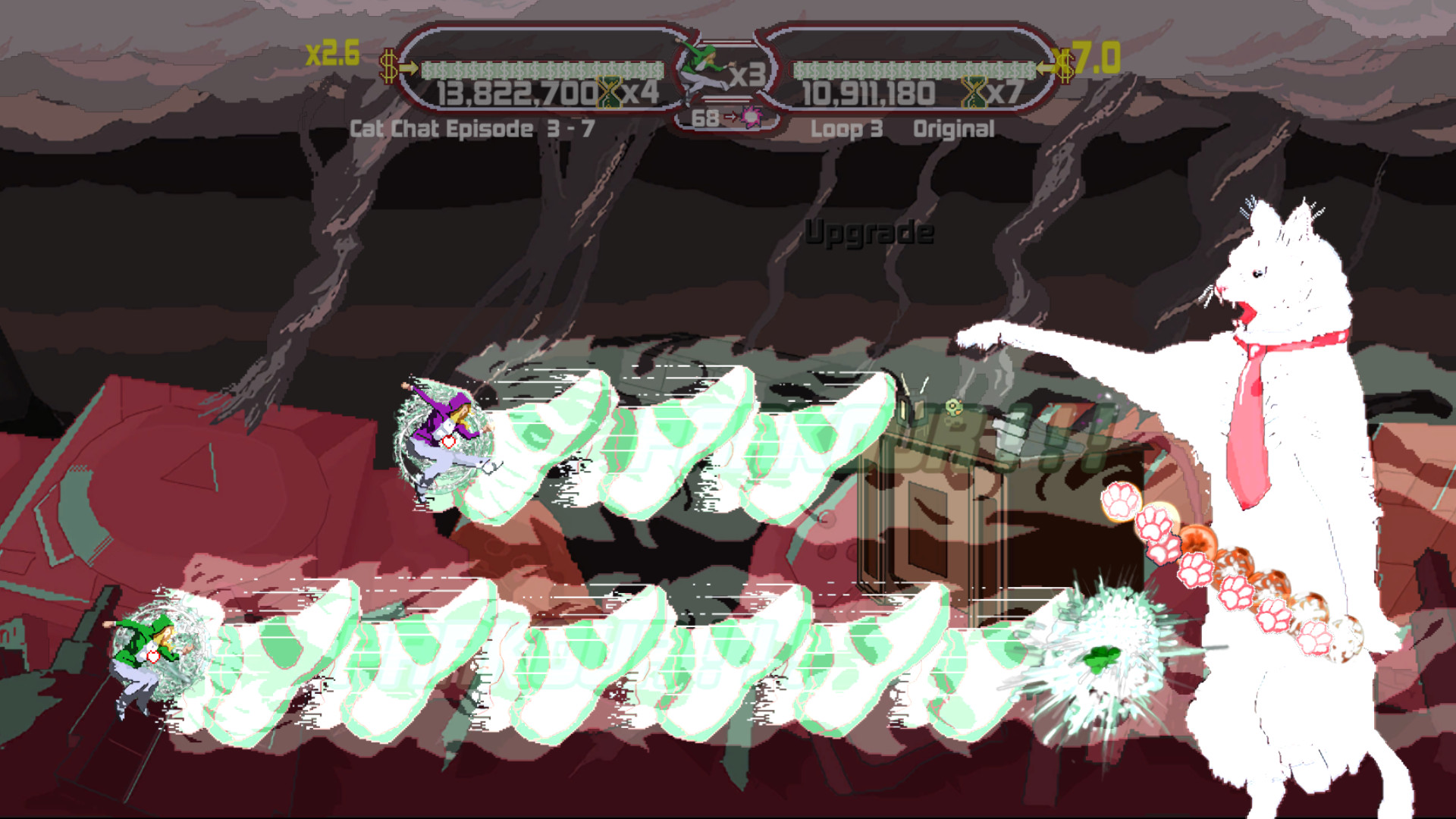 Quirky indie developer Mommy's Best Games recently revived one of its earliest shoot 'em ups as Game Type DX on Xbox and Switch. The 2D shooter involves the mysterious Hoodie Girl's battle against an evil army of online advertisements. It's charming, weird, and features 2-player local co-op. Sony fans will finally have a chance to join in the fun when Game Type DX arrives on PlayStation on November 17.

Game Type DX is a horizontally-scrolling shoot 'em up starring Hoodie Girl, the green hoodie-clad heroine who first debuted on the Game Type icon on the Xbox 360 dashboard. In local co-op, the second player controls a woman adorned with a purple hoodie. The two of them must fight against the evil MediaBall's army of advertisements and other bad things. Game Type DX is also a looping shooter in which things become faster and harder each time the game "loops" around. As things become more hectic, players will have to use their Time Pulse ability to slow down time and turn bullets into harmless cash. The DX version of the game features:

Game Type DX supports 2-player local co-op. The Xbox and Switch versions sell for $5.99. The PlayStation version will be released on Thursday, November 17. We had a lot of fun with Shoot 1UP DX from Mommy's Best Games, so we're looking forward to this one!