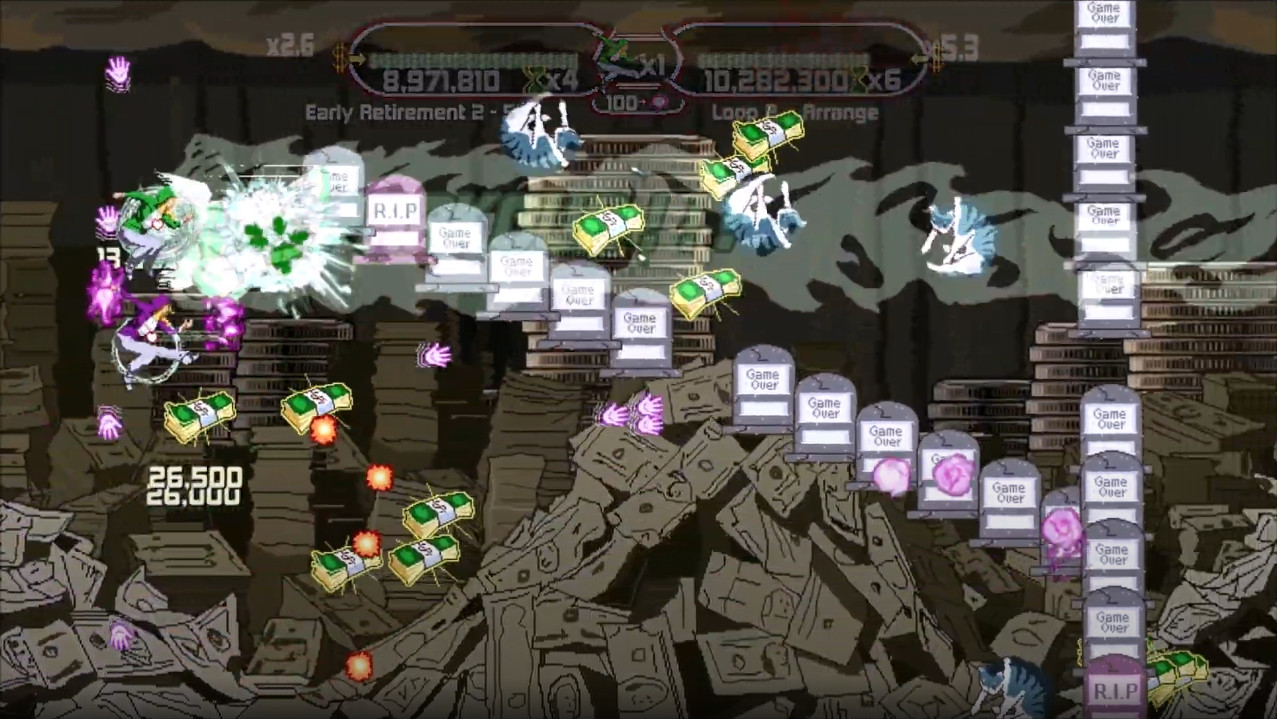 Long ago, the Xbox 360 was an excellent console that got bogged down by an unintuitive, advertisement-laden dashboard. Things were so bad that you could hardly find indie games within the labyrinthine menus. Indie developer Mommy's Best Games (makers of Shoot 1UP DX) fought back by releasing Game Type, a shoot 'em up that parodied the Xbox dashboard itself. This September, that shmup will be returning in enhanced form as Game Type DX - complete with 2-player local co-op.

Game Type DX is a horizontally-scrolling shoot 'em up starring Hoodie Girl, the green hoodie-clad heroine who first debuted on the Game Type icon on the Xbox 360 dashboard. In local co-op, the second player controls a woman adorned with a purple hoodie. The two of them must fight against the evil MediaBall's army of advertisements and other bad things. Game Type DX is also a looping shooter in which things become faster and harder each time the game "loops" around. As things become more hectic, players will have to use their Time Pulse ability to slow down time and turn bullets into harmless cash. Compared to the original game, Game Type DX adds a few welcome enhancements including power-ups and (less welcome) power-downs. The game will feature three modes: Original, Arrange, and Surprise. Arrange mode has new level arrangements and a higher difficulty. Surprise randomizes the level layouts and cranks up the chaos. It sounds like Mommy's Best Games has a bunch of silly shooting in store for us!