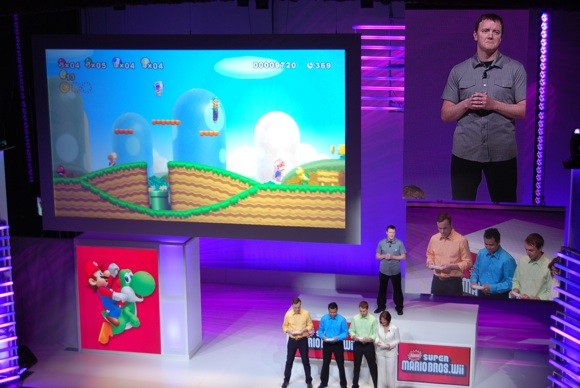 Old school two dimensional platforming should be a fantastic experience, especially when you can team up with three other players!  Cooperation between up to four players will be emphasized.  Expect your old favorites like warp pipes, coin collecting, and lots of secrets.  One new addition will be the propeller suit, which allows the wearer to fly when the Wiimote is waggled.

New Super Mario Bros. for the DS was a very good game, and with the addition of four player co-op, New Super Mario Bros. Wii easily becomes one of our most anticipated games.  Unfortunately, it looks like we'll have to wait until 2010 for the game's release.  We'll have more info for you as we recieve it!