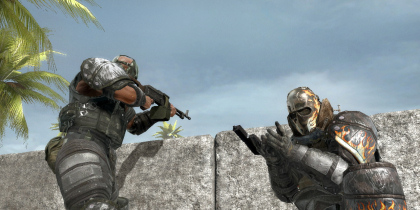 EA has just announced the Veteran Map pack will be available this Thursday, May 29th on both Xbox Live and PSN for FREE!  The pack is sponsored by Pontiac and features two brand new co-op missions and a new 2 vs 2 multiplayer map.

The first mission takes place in a subway station in Kiev where you must find and destroy the central hub of a dangerous militia.  The second mission takes you back to SSC headquarters in Miami where you get the chance to take out Dalton, Rios and Salem’s ex-boss and the man responsible for framing them, in an "intense boss fight where the glory of revenge is finally felt."  The final map, a multiplayer versus map, is set in a China Canal Lock.

The map pack is said to have "dynamic and destructible enviornments" not available in the original version of the game.  Could that mean something along the lines of the aircraft carrier mission?  I guess we'll know this Thursday.