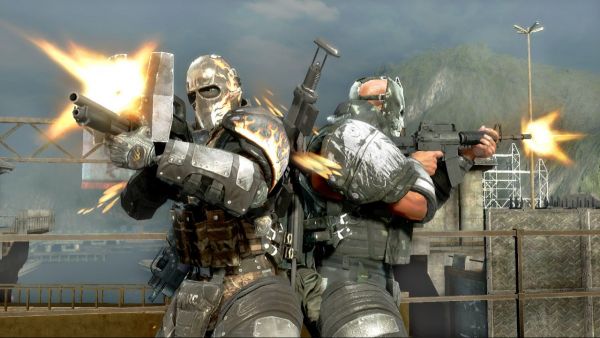 EA is killing the original Army of Two.  No, not Rebecca and Abigail Bates.  The other original "Army of Two."  The one with Salem and Rios, the bro-iest bros of brohood.   Online support for the game will end on August 11th for both the Xbox 360 and PlayStation 3 versions.  There simply aren't enough players to keep the servers up and running.

...as games get replaced with newer titles, the number of players still enjoying the older games dwindles below a point...where it’s feasible to continue the behind-the-scenes work involved with keeping these games up and running.

This is just one of many games losing online support.  Click here for a full list of games that are about to be labeled obsolete.  Army of Two was released in 2008.  It will soon only support two player local co-op.  The sequel, Army of Two: The 40th Day, should be unaffected, for now.