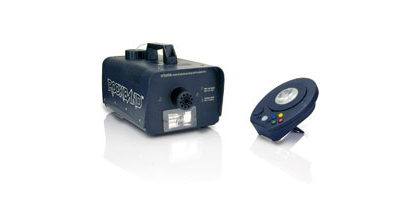 Co-Optimus readers: DjinniMan has been unavailable for a few days due to some unforeseen circumstances.  In place of his usual article, we present the following transcript, which was sent to us anonymously.  Thank you.

"Welcome to my office, DjinniMan.  Just lie down on the couch there, make yourself comfortable, and we'll talk for a little while.  How does that sound?"

Ok.  Thanks for seeing me on such short notice, Doc.

"So what's on your mind?  You sounded quite upset on the phone."

It's a bit hard to explain really.  It's been years ago when I first started playing rhythm games.  Donkey Konga was my first, and then came the big one.  Guitar Hero!  I bought a PS2 just to play it!  I'll never forget the first time I played More Than a Feeling without looking at the screen...

"Ahh is that the game with the toy guitar I see 12 year olds playing all the time at Best Buy?  I've heard of that."

Yes, that's it.  Anyway, I bought a second guitar, and then got GH2 the day it was released.  6 months after that, I bought 2 MORE guitars, and the same game, again, just to play on my Xbox 360!  I should have known I had a problem then.

"You bought the same game, with two controllers, twice?  You are an... Erm, tell me more."

Last year, GH3 came out, with a new shiny wireless guitar, and it was so hard to resist buying it.  But I knew that Rock Band was coming out, with DRUMS, so I held off and just purchased the game.  We got Rock Band and it was so, so good.  We played it so much!  And I still play it all the time, even so long after we beat the world tour.  I must have downloaded dozens of songs for it, at $2 a pop...  did I mention Rock Band came with a guitar, too?  Now we have three guitar controllers!

"DjinniMan, let me be perfectly honest.  I think you have an unhealthy obsession with toy instruments.  Do you have any unusually vivid memories of rock stars from when you were a child?"

Not really, except for Sheena Easton.  But I don't see what she has to do with anything, Doc!  Let me tell you why I called in the first place.  I just found out about the Stage Kit for Rock Band.  I laughed when I heard about it, I mean come on!  Strobe lights and a fog machine for a freakin' video game?  How silly is that?  But then I got to thinking about it, and it seemed less strange and somehow, so, so right.  I'm on the fence a bit now, Doc.  Do you think a normal person would want to have their own living room turn into a concert stage?  I kind of think it'd be neat.  And it's only a hundred bucks...

"DjinniMan, just stay on the couch and rest for a bit.  I have to make a quick phone call.  Just relax, and if you see any men show up with white coats and butterfly nets, remember, they are your friends, and they just want to help!"