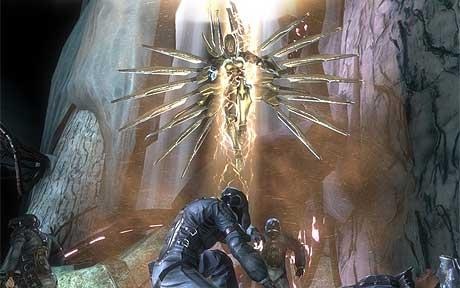 Like a steam locomotion on a linear track we could all see this coming; Too Human has been pulled from the Xbox Live platform.  After legal wranglings with Epic, Silicon Knights asked Microsoft to remove the game, demo, gamer pics and themes from their service.

The removal of Too Human from Live is the latest in a series of setbacks for the once lauded Silicon Knights.  They were ordered to pay $4.45 million, but also recall and destroy any unsold copies of their games that used the Unreal engine.

Since the all too human court case, the developer went on to create X-Men Destiny a game, in of itself, that left a lot to be desired.  According to Eurogamer the staff of the beleaguered developer is down to 5.  Microsoft released a statement to Eurogamer about the Too Human/Live situation:

Microsoft received a Recall Notice from Silicon Knights for Too Human, and we have removed the game from the Xbox Live Marketplace accordingly.

We have no comment regarding, nor involvement with the case between Silicon Knights and Epic.