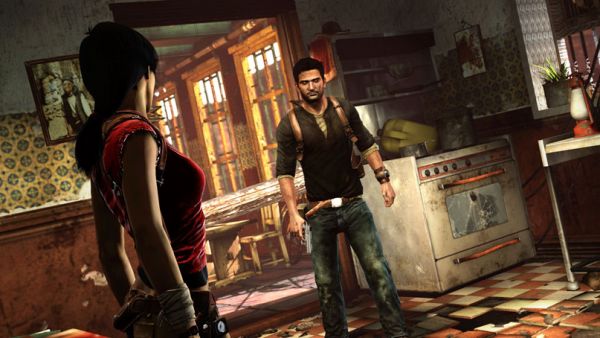 Yesterday the PlayStation Blog held a live chat with members of Naughty Dog, developers of Uncharted 2.  Fans were given the opportunity to ask questions regarding the game, the beta, and the movie.  Evan Wells, Co-President, and Amy Hennig, Creative Director, were there to answer.

We came away fairly impressed with the Beta's three player cooperative mode, but apparently there's more in store than just what we played.

Evan Wells:  We haven't announced all of the multiplayer modes yet, but I can tell you that you have several more competitive modes than we tested in the beta and at least 2 more cooperative modes (that are actually some of my favorite)

Evan goes on to say that the game will support a cinema mode which allows replays of any of your multiplayer matches, though it's unclear if that works in co-op as well.

There is some bad news, the chat confirmed that there won't be any split screen support for the cooperative mode, only online.

The good news is that another multiplayer demo is coming "soon" - which will hopefully showcase one of the above mentioned new co-op modes.