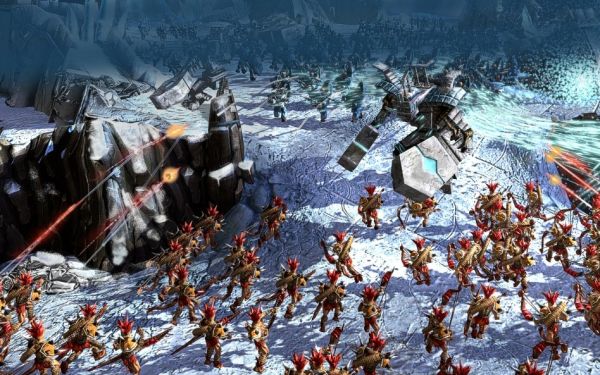 Battleforge is getting its first official expansion pack called the Renegade Expansion.  The new expansion adds two new races, the Bandits and Stonekin - as well as a new dual orb feature.

Dual Orb units are able to utilize the powers of two different kind of orbs at once, which unlock new special abilities.  There's no details on what other things we can expect in the 120 card expansion pack - but we hope we'll see some new cooperative missions.  Afterall, we really enjoyed the original game and its co-op.

There's no word on pricing as of yet, but with Battleforge costing nothing to play now - we imagine this will cost something above that.