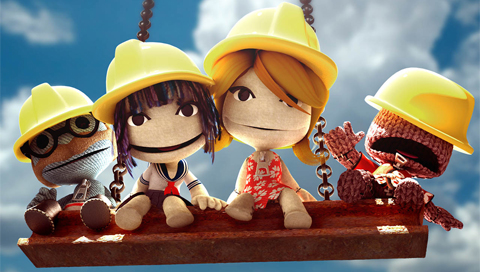 Playstation 3 and PSP have hinted at cross game synergy since the PS3's release.  We've seen content transfer between the systems with the likes of PlayStation 1 downloads, and the PSP is said to work remotely with some PS3 games, which I can't seem to get to work.  What we haven't really seen yet are games tailored to use this feature to enhance gameplay and add bonuses. That will change with the upcoming PSP release of Little Big Planet, uniting both versions of the game through something called "Cross-talk."

"Players that own the original game will be able to unlock bonus content through a feature Sony is calling "Cross-Talk." No details on what the bonuses will entail, but we wouldn't be surprised if owners of both are treated to some exclusive costumes."

With the Playstation 3 and PSP playing together in perfect unison through Little Big Planet, all is right with the Little big world!