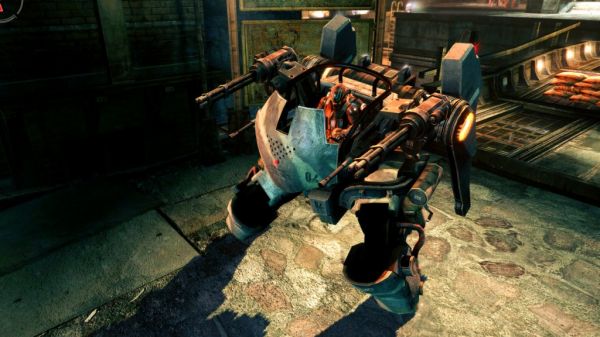 Undoubtedly the most asked for feature on our site when a game is announced is "couch co-op."  Couch Co-Op or split screen co-op allows two or more players to play in the same room on the same console with one copy of the game.  It used to be the only way to play a co-op game until online modes came around, but thankfully it's not a complete lost art.

The good news is Lost Planet 2, which features four player online co-op, could see a two player couch co-op mode before release next year.  The game's producer, Jun Takeuchi, had this to say:

"We are actually working on two-player splitscreen. It's not easy, but if we are confident that we can do it, we'll let you know."

Takeuchi worked on the recent Resident Evil 5 and its co-op split screen.  One which caused a bit of a ruckus because of its implementation.  Instead of utilizing the full screen, the game held the aspect ratio of 16:9 and stagger the displays - leaving a lot of black space.  Some people like this method, others do not.

When asked if Lost Planet 2's implementation, Takeuchi said it's more of a hardware limitation than one of aspect ratios.

"Technically, cycling between two split screens, you can actually say it took visual RAM, you still have to work with two sets of AI and physics and so forth at the same time."

We'll keep our fingers crossed that we get split screen at all in Lost Planet 2, as of now it's not guaranteed.