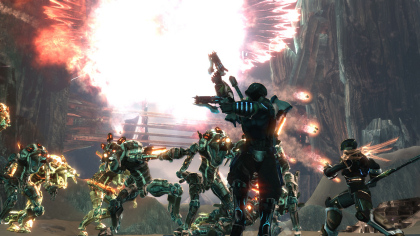 With a release date fast approaching, Too Human has crossed another milestone. The game has officially gone gold, as reported by the Gamerscore Blog. This means that the game should meet it's August 19th release date. The game has gotten some mixed opinions, particularly as of late. So, if you do have some reservations about the game, make sure you play its demo. I still am excited about the game, not just because it comes out on my birthday. Anyone else interested in the "Diablo meets Norse Mythology" blend that is Too Human?