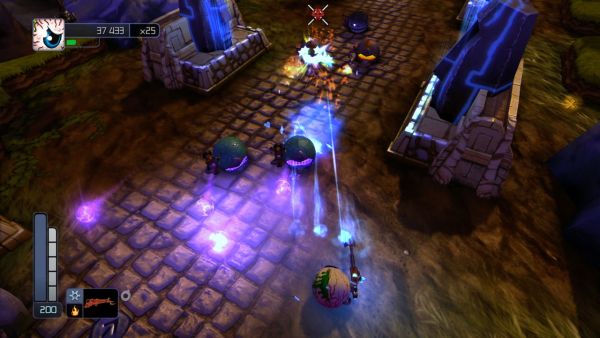 PC owners can get their hands on some Madballs action this September when Madballs in... Babo Invasion hits Steam on the 17th.  Announced via the official blog, the team is bringing the surprisingly deep game to PCs after their Xbox Live Arcade version released earlier this year.

We thought very highly of the game's four player co-op, full class system, and unlockable abilities, and we're sure PC owners are going to enjoy it too.  There is other good news for PC owners as well, as the game promises to support full Steam Achievements.  There's no word on price yet, but the Xbox Live version cost $10 - expect it to be similar on PC.

Finally, to celebrate the imminent launch of their game, Playbrains has unleashed an official Madballs screensaver - available for free download via their blog.  It comes in two flavors: widescreen and 4:3.  And really, what better way is there to save your screen then with some balls?

Update:  Good news!  The official Playbrains Twitter account informed us that some of our suggestions for the game are being incorporated into the Steam version.  Could this mean starting at any level in the co-op mode?  We'll find out soon enough!