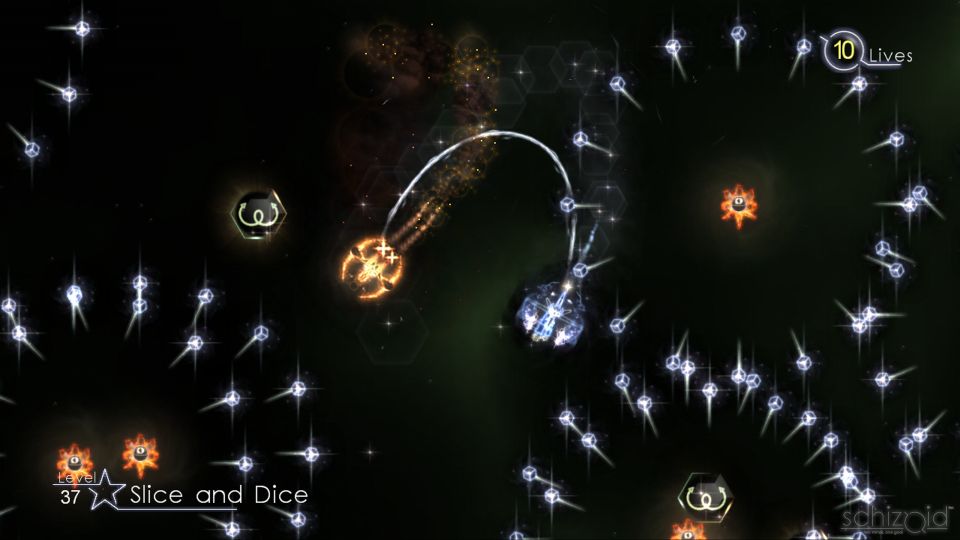 Today seems like a good day to be a fan of SHMUPs and Shooter games.  Along with the previous news about Raiden IV comes the announcement that Schizoid, another co-op shoot em up, will hit Xbox Live Arcade sometime next month.  Schizoid was developed using  Microsoft's XNA, and is the first such game to be released on XBLA.  The developers call it the "most co-op game ever".  That us certainly a bold claim!  The color-based gameplay  echoes that of Ikaruga, but apparently color changing is not an option.  Players must protect their teammate while avoiding opposite colored enemies at the same time.  Color us very interested in checking out the trial version of this title sometime next month.