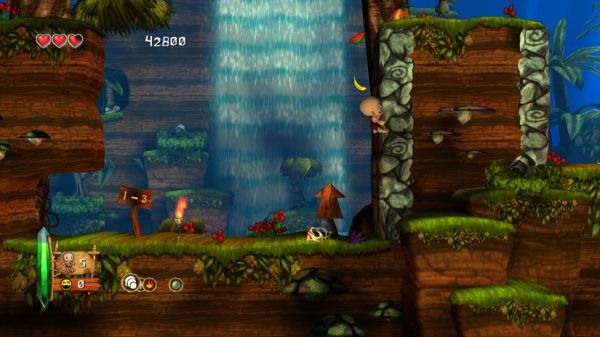 Hudson has announced a remake of the classic Turbo Graphix 16 game Bonk, and they've added a twist, co-op!  The game is title Bonk: Brink of Extinction and it's a downloadable game for the Xbox 360, PlayStation 3 and the Wii; though the WiiWare version of the game will be slightly different from the others.

New features include the ability to transform into into eight different forms, brand new 3d graphics, and drop-in/drop-out cooperative play.  The game is set to hit all platforms in the Spring of 2010.  This game might add new meaning to a co-op headbutt!  Be sure to check out the all new screenshots and teaser trailer.