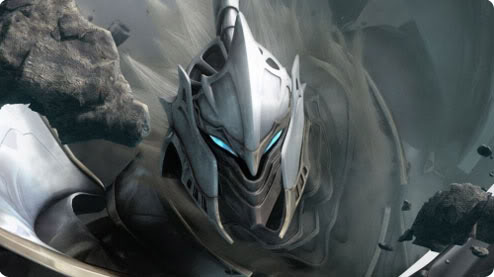 Earlier this week Jeff Rubenstein from the Playstation Blog had a chance once again to talk with developer Level-5 about their upcoming PS3 co-op title, White Knight Chronicles.  In the course of this discussion, additional details concerning the online portion of the game were revealed, specifically the three online modes that will be available to players: GeoNet (a social networking hub for players to meet and form parties), Georama (think SimCity meets Dark Cloud), and Subquest (the co-op portion).  What's more, voice chat has finally been confirmed for online play as well!  Occasionally, it does pay to be the squeaky wheel.

As Kat reported (also courtesy of Mr. Rubenstein) back in May, the co-op mode for White Knight Chronicles works a little bit differently than the main game.  Players will create their own avatars at the start of their adventure and it will be these avatars with which players will tackle co-op specific quests online.  While the experience and items will carry over into the single player mode, it would have been nice to see a little better integration between the single play and co-op experiences.