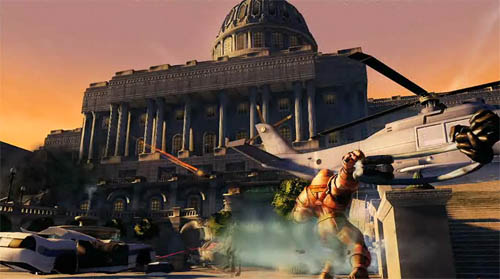 We finally know the details about the first DLC pack for Marvel Ultimate Alliance 2.  Most of us will be able to purchase the pack on November 5, though European PS3 users have to wait until November 12.  The DLC will set you back $10, or the MS Point equivalent.  So what do you get for the money?

Carnage, Psylocke, Cable, and the Black Panther will become available as playable characters.  There will also be another character included, likely Magneto, as we reported earlier.  No official confirmation for the Master of Magnetism yet, though.

New boosts and simulator missions are included in the pack as well.  More good news: those of us who didn't purchase the game at Gamestop (or abuse the system) will be able to download Juggernaut for $2 on the same day.

$12 for 6 new characters and a few trifles seems a bit high.  Consider the DLC pack for the first MUA title, which had 8 characters for $10.  I guess it's just another way in which the sequel fails to live up to the original.  Oh, who am I kidding?  I'd probably pay that much for Black Panther alone.  Sometimes being a comic book nerd really sucks.