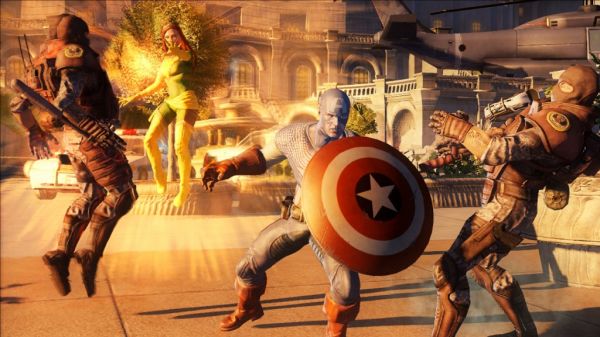 Back during comic con came the official announcement of Gambit and Jean Grey joining the cast of Marvel Ultimate Alliance 2, now we have the screenshots and video to prove it.

Kotaku came back with some fairly favorable impressions from the show, especially when it comes to the characters themselves.

We met up with fan favorite Deadpool, who was no easy task to defeat. Fortunately, after putting a hurt on Deadpool, he asked to join our team of Marvel's merry men. The writing here was spot on, with the anti-hero spouting laugh out loud dialog. We were given three options with which to respond to Deadpool's request and choosing one affected how our team leveled up, making us either more defensive, aggressive or diplomatic. Those choices affect a team's defense, strength and fusion powers, respectively, adding a bit more variety to your alliance of choice.

With a September 15th release date, MUA2 isn't very far off.   And that's a good thing - all this new stuff makes me pine for some four player co-op action.  I call Gambit!