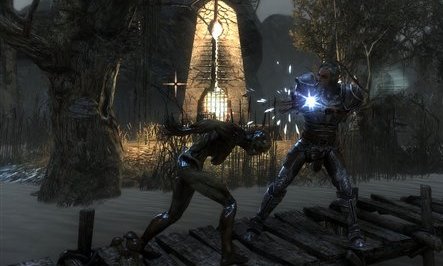 Two Worlds II - sequel to the eight-player online co-op original for PC and Xbox 360 - is being developed for a Spring 2010 release for Xbox 360, PC, and now Playstation 3.

It was originally announced for a 2009 release, but has since been delayed. A lot of co-op gamers were disappointed with the first Two Worlds; this time around, developer Reality Pump has promised a new engine and fresh gameplay. Game Informer posted the first few screenshots back in October.