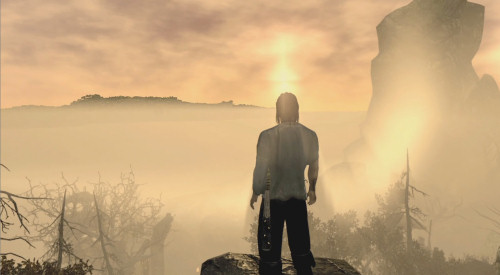 It looks like January is becoming the new November as another game is being delayed from its previous Fall release until early next Winter.  We just received word from publisher Southpeak that Two Worlds 2 is being delayed until January 2011.   We had our reservations about the title at E3 back in June, saying we thought it'd need a bit more than 4 months in the oven - and thankfully - it looks like we'll get our wish.

Southpeak released and official statement for the 8 player co-op title which we pasted below.

There have been numerous posts recently regarding the release date of Two Worlds II. First of all, it’s gratifying to see that so many people care so much about the game and we thank you for your enthusiasm and passion. It’s definitely a game that we’re proud to publish; Reality Pump is on the verge of delivering a benchmark RPG experience.

Here’s the vital news: Two Worlds II is set for a January release in North America. We understand that this is not great news for those of you eager for an October release and we can understand that you might feel that our European cousins’ potentially getting the game before you is frustrating to say the least. However, there’s a reason for everything and although we feel that the game is truly at ‘AAA’ level, that reason is that we want Two Worlds II to be absolutely flawless when it launches in the North American market. Although we could bring the game to market earlier in order to take advantage of the holiday buying season, we felt that we would do a better service to you by making sure that the game you want is absolutely as it should be.   It’s vital to us that we always give you the best possible information and this is the reason that we haven’t commented on the date before now; we did not want to say something to you, only to have that information change once again. Now, we are in a position to confirm the January release date.

For those that have said that they will torrent or import the game because they simply cannot wait, there’s nothing that we can do to stop you. However, please remember that by pirating the game, you are hurting those who worked hard to make the game for you, reducing the chance of another game in the future. By importing the game, you’re paying more money for something that if you can wait, you’ll be able to buy in January at a cheaper price and that will have benefitted from heavyweight Quality Assurance (QA) for the North American market.

We’ll have a further update for our friends in the UK, Australia and New Zealand in the near future.

We are continually grateful for your understanding, patience and continued support.