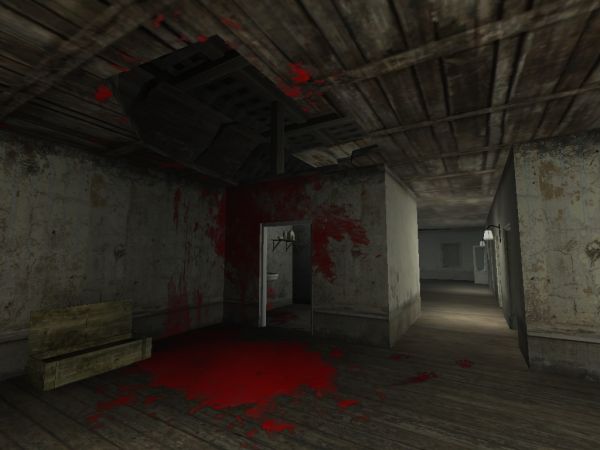 It's been sometime since the free online FPS Combat Arms added it's co-op mode called Fireteam.  The mode was, and is, a lot of fun - but with only one map available to play on things got stale.  Finally Nexon looks to remedy the situation not only adding a new map, but by changing things up a bit with Fireteam.

How are they going to do that?  Zombies.  Or at least "hordes of infected creatures."

Yes, Nexon is jumping on the survival mode bandwagon and including some mysterious creature of the nether world that wants to steal your soul, eat your brains, and munch on your spleen.  It's up to you and seven other team members to cooperatively stop them in the new map called Cabin Fever.

The new map and mode is actually a crossover between the game's Quarantine versus mode and Fireteam.  We've got a flythrough of the map, looks like some shit went down...or someone had fun with red paint.