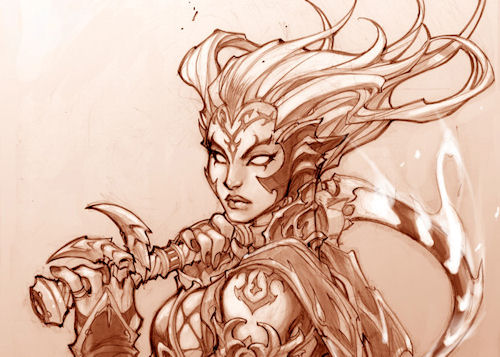 Last year during our PAX 2009 coverage, we showed you Darksiders, a Zelda like game that was supposed to contain the four horsemen of the apocalypse.  The original concept would have been cooperative, but early on in the development Vigil Entertainment decided to focus only on one of these characters and a single player experience.

Despite that, we now can see what the other characters would have looked like thanks to some concept art released by one of the game's artists, Joe Madureira.  For those that have finished the game there's a strong indication that a sequel is in the works, and that sequel will contain co-op.

The game is doing quite well receiving solid review scores and hopefully solid sales.  If so that sequel should definitely see the light of day.