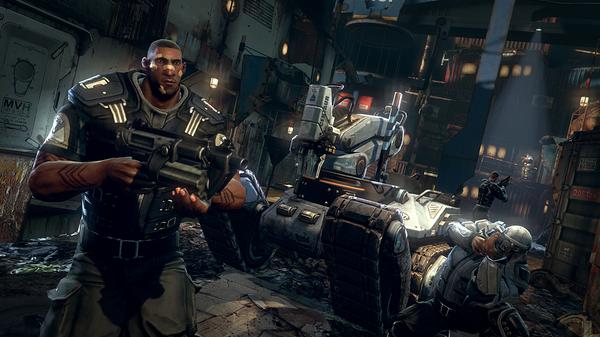 Splash Damage has released a new video for their upcoming 8 player co-op title, Brink, this time detailing how the character customization works when you're creating your police force or revolutionary avatar.  This video shows off some more of the brief demo we got at PAX 2009, including a rather brief mention regarding the effect your character's body type dynamic has on their in-game abilities.  Selecting a heavy body type means you can wield heavier guns and take more damage, but you're not as agile as a medium or a light.

While it's not mentioned in the video, I'm rather curious to know if anything else you choose will end up having an impact.  That armor made of tires may not do a whole lot against bullets, but it would be interesting if it did have some kind of impact.  After all, if the only thing determining the amount of damage you can take before going down is your body type, why bother with armor at all? With all of the videos Splash Damage and Bethesda have released lately, though, I think the bigger question on our minds is "when do we get a playable demo?"