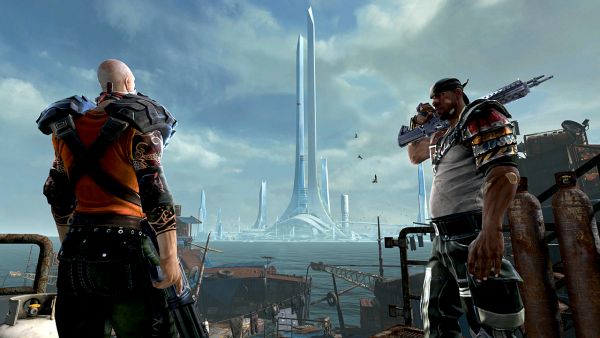 Brink is out today on the Xbox 360, PlayStation 3 and PC and we've got the launch trailer to prove it.  If you've picked the game up on the PlayStation 3 you might be feeling a bit lonely, mostly because, the PlayStation Network is still down.  Eurogamer asked Bethesda about the game's launch, to which they responded, there was no plans to delay the PS3 version.  While Brink is an online multiplayer game at its core - it can still function as a single player title thanks to the support of bots.

So far the reviews have been pretty mixed on the title - with many praising the game while others opressed it.  Co-Optimus will have their review first thing tomorrow AM after spending more time with the game in the wild - so be sure to check back.