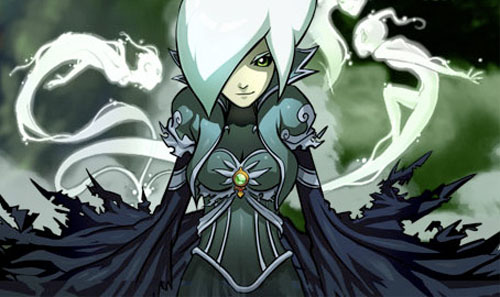 Capybara Games has recently announced they're planning to port their originally Nintendo DS exclusive SRPG Might and Magic: Clash of Heroes to PSN and XBLA. Capybara are also the folks behind the popular Critter Crunch. M&M: Clash of Heroes was released back in December 2009 and was well-received by critics. I raved about this game to my friends and tried to convince everyone I knew with a DS to purchase it. Starting Summer 2010 I can now spread my fanaticism to people with xbox 360s and PS3s as well. What's the even better news? The PSN and XBLA version will have up to 4-player Co-Op as well as a completely new art style!

What's New in the XBLA/PSN Version:

* The DS version of Clash of Heroes offered head-to-head battles via single-card or multi-card play. The PSN and XBLA version will push the multiplayer abilities further, delivering versus and co-operative play for two to four players both locally and online.

* The DS version's characters and units were represented as 16-bit sprites which were quite endearing, but not exactly cutting-edge graphics. Capybara is overhauling the art style of the port, replacing the characters, units, and backdrops with hand-drawn art, taking advantage of the consoles' HD ability

* In the XBLA and PSN versions, you will now be able to go back and replay chapters of the campaigns, something you were not able to do in the original DS version

* Artifact balancing as well as multiplayer-only artifacts (artifacts are items you equip on your hero to give you bonuses to your units, special ability, etc.)

It's still too early to know any details about pricing (they're shooting for a late summer 2010 release). We'll keep you up to date as we learn more.