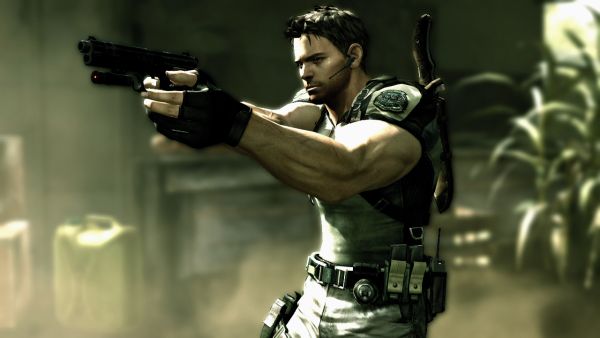 Hi, my name is ShadokatRegn, and I have a problem. Not like an addiction or anything, it's almost as bad though. You see, when I start something with a particular friend, I have trouble continuing without them. This was the case with the game Resident Evil 5. Here's my story.

It was almost 1 year ago to the date. Resident Evil 5 had just hit North American shelves a few days prior, and I set aside just enough cash to purchase it on the Xbox 360 - but I didn't have a co-op buddy for the main story! Everyone else had paired off, and was in the process of finishing the game themselves. I was in luck, though, when one of my friends was crazy enough about the game to finish it before I owned the game for a week.

"I'll help you finish it! It won't even take very long," she said with great enthusiasm in her voice. We started up the game on a Thursday evening and plowed our way through as Chris and Sheva, until we hit chapter 6 - the final chapter of the game. Then, sudden circumstances including finals and high school graduation got in the way, and my co-op buddy was gone for months preparing for her future.

During that time, I kept thinking "oh, it's okay, she beat the game - I can just finish it on my own," to myself. But, every time I booted up the story it didn't quite feel the same. I ended up playing some Mercenaries mode with a few friends periodically as well. Several of them even offered to help me finish the story, but I felt like I'd be betraying my Sheva. Instead, since last April Resident Evil 5 has sat patiently on my shelf ignored and unfinished - until now. I finally started playing the game again with my long lost co-op buddy from a year ago about two weeks ago - only she didn't have Xbox gold quite long enough to finish off the final boss.

"Well crap," I thought, "What now?" I pined the second loss of my co-op buddy, who is now working on midterms in her new college life. Fortunately, my pining and whining was heard on Twitter by a mutual friend of my co-op Sheva and I - who was given permission, and encouragement to help me finish the story. So, this weekend, He and I finally completed the finale of Resident Evil 5 with my buddy, long time friend, and current accomplice to saving the world "Tino." Thanks buddy, I owe ya for being my final Sheva. No. The world owes you.

Now that the story was complete, I felt a lot stronger about the DLC that I played through once. In fact, I replayed the "Lost In Nightmares" DLC pack an additional four times this weekend. Sure, it's short - but to a Resident Evil fan who has missed the old, creepy, less actioney classics, it's perfect. I was so excited about this atmosphere horror, in fact, that I decided to turn my current living space into a replica of the entire Raccoon City mansion, complete with fixed camera and undead dogs held at bay by a single pane of dusty glass.

Okay, that last part is a lie. But I did go out to get Deadly Premonition to honor the old "clunky" style of horror games. This was either a brilliant idea, or a terrible $20 mistake. I guess we'll find out in the next round of Beyond co-op reviews, huh? Also, I have to ask you a question. It's kind of personal, so don't be shy - we're all friends here.

Have you ever had an experience like that? Where you start a game with someone, then they disappear for whatever reason and you feel can't finish it? If so, please tell me about it so I feel slightly less insane about waiting a year to finish the last chapter of a game.