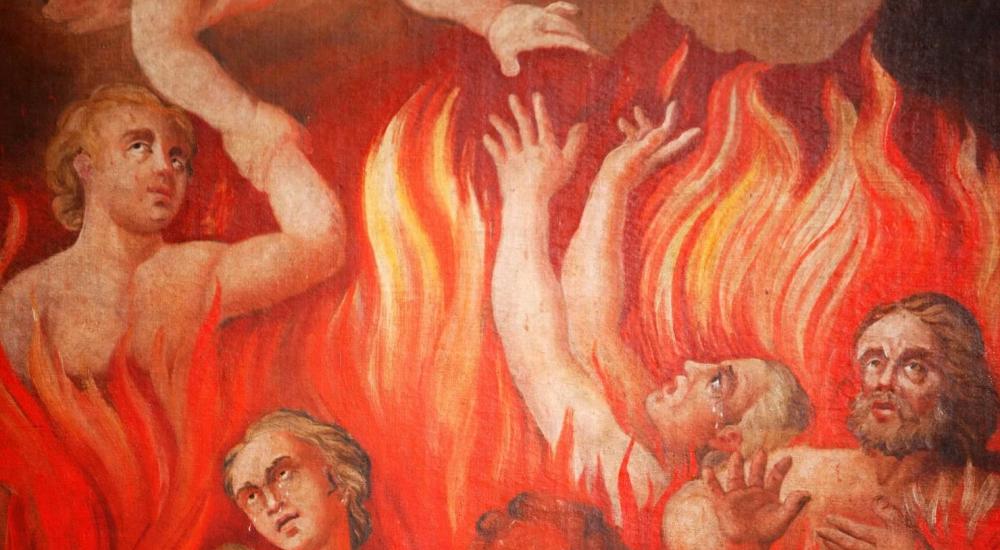 The Co-Opticrew is headed to the land of fire and brimstone this weekend, and not just because of all the unspeakable acts we've committed.  Apparently, there's some gaming to be had in the netherworld, so it's our duty to investigate.  Will it be the land of milk and honey?  Probably not, but I'm sure we'll find a way to make the best of it.  I hear sulfur doesn't smell quite so bad after your twentieth hour of exposure.

Those of us who aren't inferno-bound will be navigating supernatural bureaucracy, taking our dogs on aquatic adventures, and crawling some cardboard dungeons.  Check it out!

Mike Katsufrakis (@Pheriannath) - "Hellpoint, Star Renegades, and whatever else tickles my fancy. Maybe Avengers won’t crash on my PC this time?"

Eric Murphy (@smurph_em) - "Maybe a little Minecraft Dungeons or Crackdown 3. I also need to dig up some unplayed games and give them some attention."

Marc Allie (@DjinniMan) - "Gloomhaven: Jaws of the Lion on the tabletop, Pokemon Red on the handheld, and maybe Battletoads. Or maybe not Battletoads."

Tally Callahan - "Some Marvel Champions on the table and maybe some Marvel Avengers on the PS4!"

Enoch Starnes (@enochstarnes) - "It's looking like a working weekend for me, but I'll squeeze in some time with Control and Remnant: From the Ashes."

Matthew Squaire (@mattaghetti) - "Lots of non-game activities unfortunately, but I'm going to try and jump into hyperspace in Starbound if I can find the time."

Do you have any gaming plans this weekend?  Let us know in the comments!