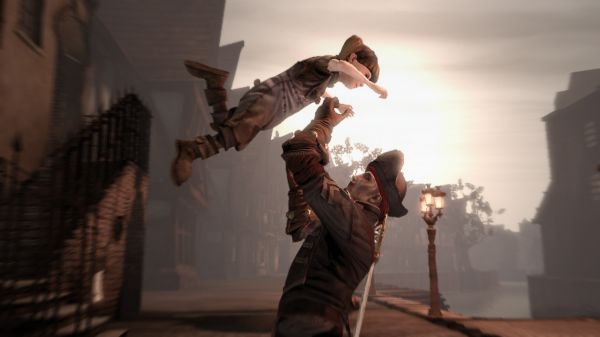 If you have a regular pal that you play online, you may have transcended the role of just friends in to something much deeper.  If this is the case, then perhaps having a child together may be the next step?  Of course, this is rubbish; the idea of having an online baby with my mates is about as appealing as sitting down to watch a 24hr marathon of The Hills followed by The City.  However, if the perverse need for an online bambino still appeals to you news has arrived that Fable 3 will cater for this eventuality.

Fable 2 was disappointing in terms of its co-op elements and received a below average review from Co-Optimus.  However, although the idea of love making with a chum does not appeal to me, it does suggest that perhaps the co-op elements in Fable 3 will be far more 'interactive'.  This news would suggest that you can take your own character into another person's game.  With a release expected in 2010, be prepared for the hyperbole to increase.  Promises will be made and no doubt broken.  What do you expect to see from a new Fable game?