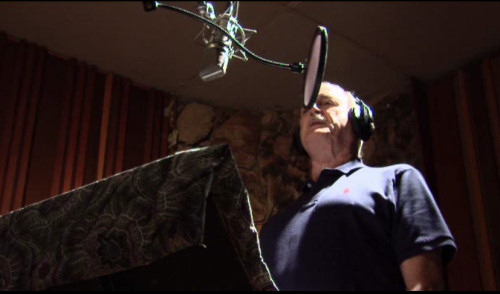 With just a month to go before release, it's a shock that anything has stayed under wraps for Fable III for this long. The new buzz about Fable III is the immense amount of fame-laced voice talent as the various characters you'll encounter in the new Albion. Well, by "buzz" we really mean "proof" in the form of a rather amusing video.

· John Cleese as your trusty butler and confidant, Jasper
· Sir Ben Kingsley as the leader of the mountain dwellers, Sabine
· Simon Pegg as attention-seeking soldier Benn Finn who is looking for action
· Michael Fassbender as the evil King Logan whom your “Fable III” hero will lead a revolution against
· Zoë Wannamaker returns as Theresa. She was last seen taking over the Spire in “Fable II,” but who knows what her real motivation is?
· Stephen Fry returns as Reaver, the narcissistic marksman blessed with eternal youth
· Bernard Hill as Sir Walter Beck, your faithful mentor
· Nicholas Hoult as the potential male love interest, Elliot, to your “Fable III” female hero
· Naomie Harris as Page, the leader of the rebels who reside in Bowerstone

This star-studded cast shows off a bit of their voice talent in a brief video clip that is, quite honestly, amusing as can be. October 26th is the fateful day Fable III will be in our hands, and in our Xbox 360 or PC. I for one really can't wait to see if the co-op is juuuuuust right this time around - I really want to play with you, and maybe you.