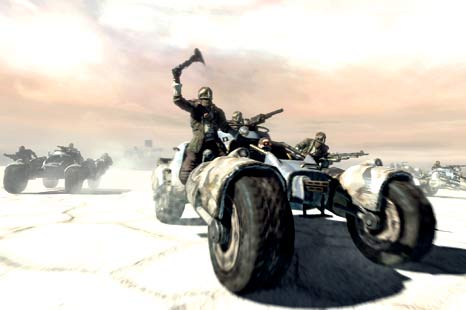 There hasn't been a lot of news lately on Borderlands after it got pushed back to a 2009 release while Gearbox finished work on the new Brothers in Arms game and possibly began working on larger licenses.  Borderlands has always been an interesting game from a co-op perspective with four player co-op being the most important one.

Gamasutra sat down with producer Simon Hurly and he offered some fantastic co-op news about the upcoming game:

"We're all big fans of co-op gameplay, so we said, 'Let's build for co-op from the ground up.' Say I'm halfway through the main campaign, and I jump into your new game."

"I can take my character into your game, with all of my leveling and skills and weapons. I can find new weapons in your game; I can trade you weapons I have; we can continue playing, and then I can take that character back into my game and continue going with all that equipment intact. The persistent character is core to the title."