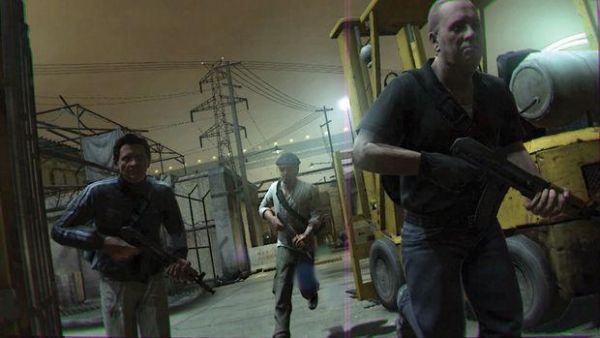 The original Kane and Lynch had more than its fair share of critics, but even with a limited co-op experience, it did have an interesting online mode called Fragile Alliance.  Traditionally, Co-Optimus does not cover competitive online modes, but Destructoids preview indicates that once again the online modes of Kane and Lynch 2: Dog Days will marry co-op and versus in a very interesting way.

Unlike in the campaign mode, Kane and Lynch 2: Dog Days' online arcade mode will see every villain for themselves.  However, this does not start off the case, as up to eight players join the same gang in a series of heists based on real events.  In true co-op fashion all eight players can embark on the scenario and work together to rob a bank, but unlike in other co-op modes things can soon change.

The term Fragile Alliance comes from the fact that at any point one or more players on the team can turn on their own team for personal glory.  Why share the loot when you can walk away the richest?  Suddenly the game dynamic changes; was the shot a mistake, or did you teammate mean to shoot you?  Decide quickly as it is a matter of life, death and friendship. The accountants were out for revenge

Having played the first game's Fragile Alliance mode a lot, I can say that it was an excellent and tense affair as you never knew who was going to flip.  The second game has added some neat new features, such as the ability to bribe the getaway car to leave you former allies behind.  As before, the dead players are given another life; you come back as a Police Officer and can enact revenge from beyond the grave.

For a glimpse of the mayhem that may occur you can watch the following trailer.