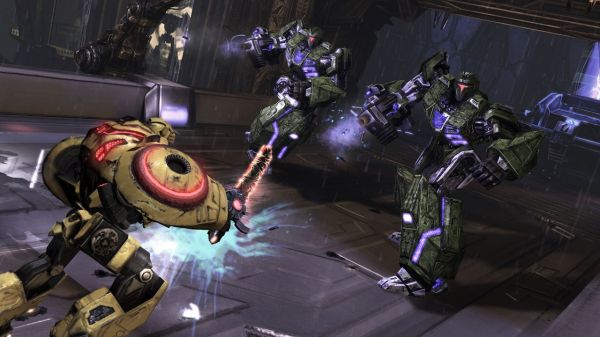 "Which side are you on?"  While some of us have flashes to Marvel's Civil War story arc, High Moon Studios, the developer for the upcoming co-op Transformers: The War for Cybertron third-person action/shooter title, is wondering which side you and your co-op buddies will be choosing first: the Decepticons or the Autobots.  In a recently released video, some of the game's developers discuss how the campaign was developed specifically with an eye towards co-op play in mind.

We're long overdue for a good Transformers game, and it looks like High Moon Studios may finally be the answer to our hopes.  I can't help but wondering, however, how the game will fare when played without friends, especially in light of Nick's recent editorial about the necessity of co-op and the changing face of single player gaming.  Hopefully, the game will end up being enjoyable by all gamers, regardless of their preferences for solo or co-op play.