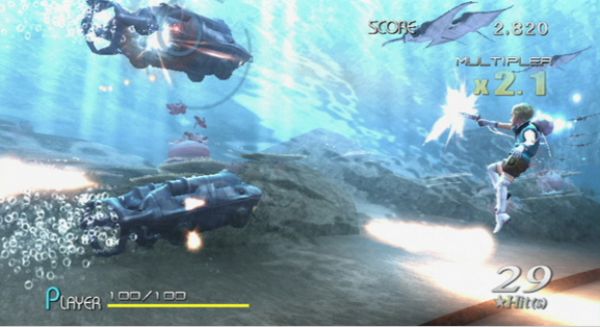 Sin and Punishment was one of the most successful shooters on the Nintendo 64, though it never made it to American shores until it hit the Virtual Console in 2007.  A sequel to the game was released in Japan last fall, and this time, there's no 7 year delay before we can enjoy Treasure's shooter here in the USA.  Next week, in fact, Sin and Punishment: Star Successor hits retail shelves.  We've got an impressive video showing off the intricate gameplay as well as a gallery of screenshots.  Shooter fans will be able to partner up throughout the game, and from the looks of it, they'll need the help to avoid the onslaught of bullets.