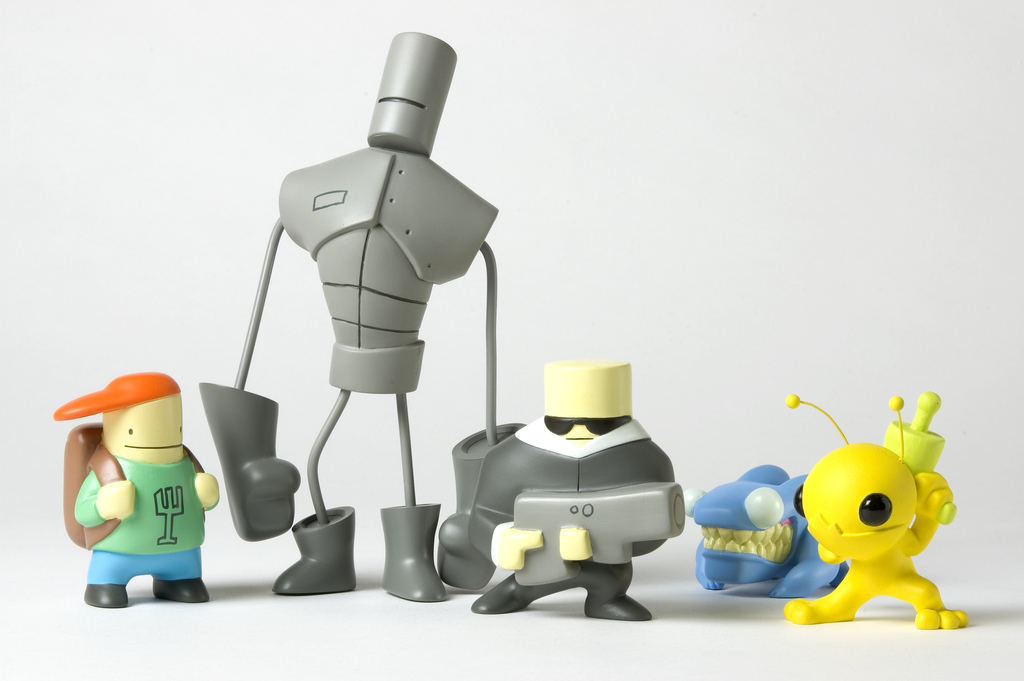 August has been a month of casual or arcade games for me. I've either been busy or sick, so they fill a nice niche for me. So, the approach of Castle Crashers has me excited, and since it's still a week from release, I had to satisfy my arcade game craving. Thankfully, The Behemoth (the Castle Crashers dev team) already had it covered. After all, they have made another XBLA game, and it features co-op. The game I'm speaking about is Alien Hominid HD.

I played the Flash version of Alien Hominid a while back and found it to be a solid game. It had cool art, fun gameplay, and a generally funny vibe. Naturally the XBLA version of the game has all the greatness of its predecessor, along with many useful additions, like co-op and a bunch of cool minigames. The "HD" in the title of the game certainly means something, since the game is much more crisp and vibrant than the Flash version and the last gen version (which came out on Gamecube, PS2, and Xbox). But what's the co-op version like? Pretty much single player with another player thrown in. However, that's not a bad thing, not at all.

I'm not in favor of the "tack on another player" approach to co-op gaming. Co-op is a big picture idea, and if done correctly, co-op can rescue an OK game or make a great game epic. Alien Hominid HD is the latter. Sure, you basically just have two aliens fighting the feds, but that's not bad, since the basic gameplay of Alien Hominid is very good. It has basic gameplay (shooting, slicing, and head-biting), but combine this with cool power-ups (which turn the standard gun into an acid shotgun, icecube launcher, etc.) and you get a great game. The additional player also helps since Alien Hominid is actually a difficult game. This is mainly based on the fact that one hit can kill you, and you only have five lives. With co-op in Alien Hominid, you can guard each other's backs and prevent the rapid deaths that can be so common in the game.

Alien Hominid's best feature has nothing to do with gameplay. Rather, it's art and design are simply amazing. Any game that lets you ride FBI guys heads and then chomp them off is pretty epic. The co-op benefit of this is that you and your buddy are fighting in a generally memorable world that you actually want to be in. Some games have great gameplay, but blah environments. However, Alien Hominid combines great art and gameplay. So not only are you and your buddy terrorizing FBI agents, but you are doing so in a beautiful (hand-drawn) world.

My experience with the game was truly great. My buddy and I had tons of fun fighting FBI agents, biting thier heads off, and letting loose with some truly epic gunfire. All I can say is "dual charged shots." If you wanna clear a room in Alien Hominid HD, that's the way to go. Plus, we didn't have to play too long to have a fun time. All it took was one chomped-off head to get us giggling like school girls. I could honestly write for hours about all the fun stuff we did, but you really have to pick up the game to get the full experience. From stellar bosses to some amazing powerups, the game has it all. I'll end by simply saying that Alien Hominid has some of the best art design of any XBLA and is as fun as any game I've ever played, co-op or otherwise. And it's only 800 Microsoft Points. Not too bad, Behemoth.