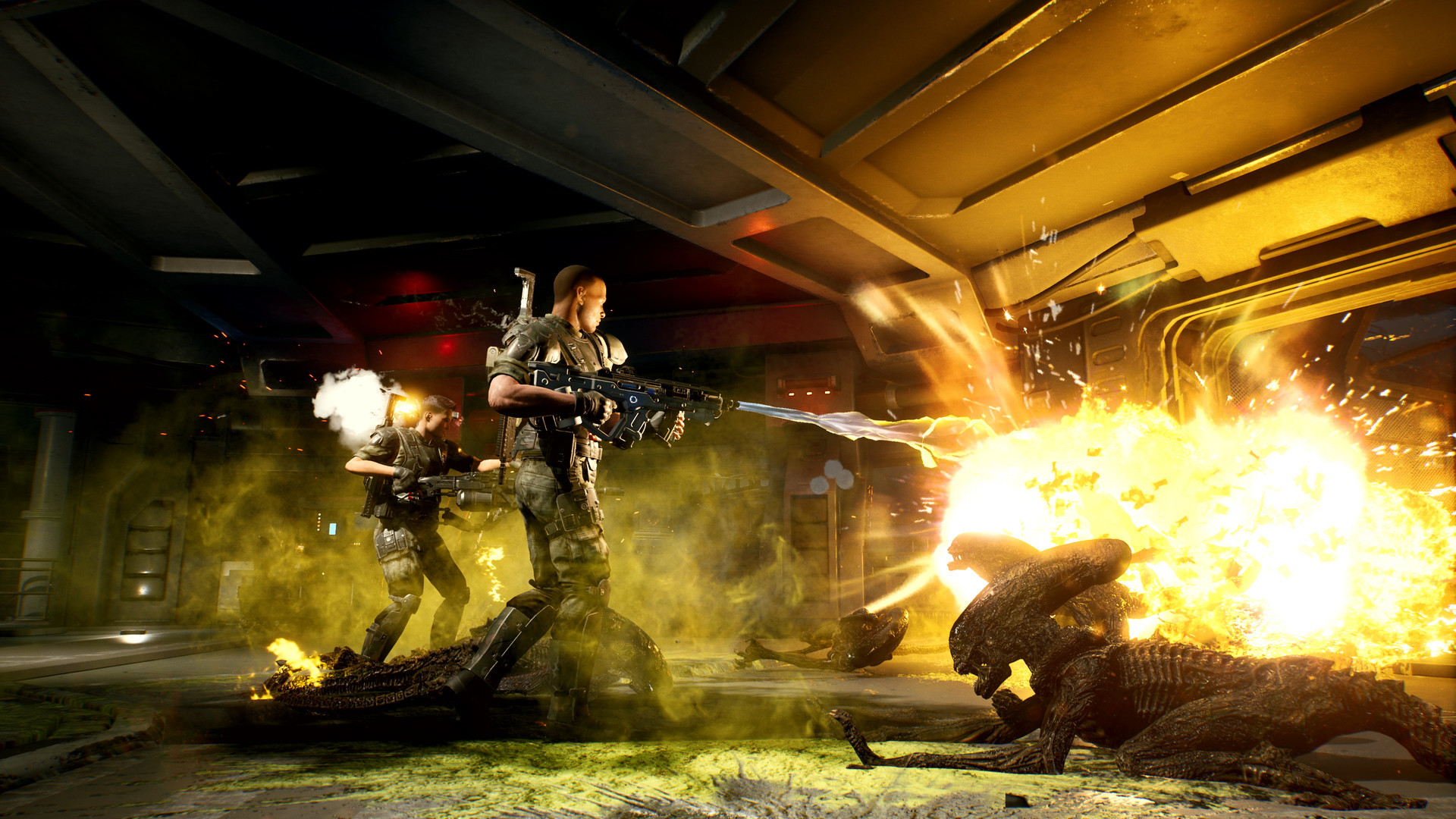 It's natural to be wary of a new Aliens game. The last one was a Dungeons & Dragons: Dark Alliance-like trainwreck, after all. Still, the new third-person shooter formerly known as Aliens: Fireteam comes from an entirely different developer and publisher, Cold Iron Studios and Focus Home Interactive, and it looks pretty sweet. The game has recently been rebranded as Aliens: Fireteam Elite, and it will be releasing on Xbox, PlayStation, and Steam on August 24.

Aliens: Fireteam Elite is a third-person cooperative shooter set 23 years after the original Alien trilogy. How many years after Alien: Resurrection does it take place, I wonder? As far as I'm concerned, Alien 3 never happened. Whatever the case, the game follows a group of Colonial Marines who are stationed on a ship called the UAS Endeavor. Naturally, aliens get loose on the ship, and all hell breaks loose. The Colonial Marines will have to fight through over 20 enemy types, including 11 different types of Xenomorphs, as well as the Weyland-Yutani androids that so often turn on their human shipmates. While Aliens: Fireteam Elite looks a lot like Gears of War in the gameplay department (not a bad thing at all), it also sports some unique features of its own. Gamers will be able to choose from five classes - Gunner, Demolisher, Technician, Doc and Recon - each with different abilities and perks. Those classes will wield over 30 weapons and 70 mods and attachments in their battle against the alien threat. The Perk Board allows for customizable character growth, and the Challenge Card system mixes up the experience during every Campaign mission.

Aliens: Fireteam Elite will support 3-player online co-op when it arrives on Xbox One, Xbox Series X|S, PlayStation 4 and 5, and Steam on August 24. The standard edition can be preordered now for $39.99, whereas the Deluxe Edition, which includes a variety of DLC, can be preordered for $69.99. All preorders include the Hardened Marine Pack, an assortment of skins and accessories.