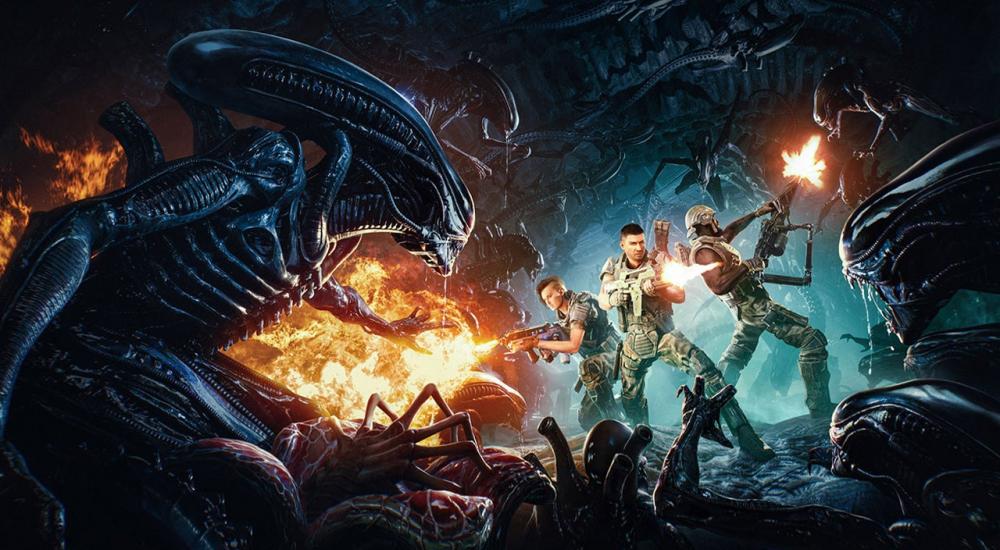 This week for our co-op stream we looked at Aliens: Fireteam Elite, the three player co-op shooter from developer Cold Iron Studios. The co-opticrew sort of slept on this one, but once we landed planet-side we realized that there's a good ol' fashioned fun game to be had here.

The core of the game is four chapters with three missions each. Before each mission you can load out one of four classes (Gunner, Tactical, Heavy and Doc) - each with their own weapons and abilities to successfully complete the mission at hand and support your teammates.

The core of the gameplay is a 3rd person shooter with various intensities that ebb and flow. You'll run into several set pieces throughout the levels that have you defending a point or pushing through a pack of Aliens. To survive you'll need to leverage your teammates abilities while utilizing your own. Gunners can buff the team's firepower while the Tactician can lay down a support turret. The Doc can heal while the Heavy and fire bursts of rockets to deal massive damage.

While we aren't necessarily sold on the economy elements in the game - that is the way you'll earn in game currency to unlock upgrades and abilities, the game stands on its own as a co-op shooter in the Aliens universe. Whether you want to dive in and replay content to unlock the best weapons and abilities doesn't seem absolutely necessary.

Check out our replay below of Chapter 1, Mission 2 and 3 and Chapter 2, Mission 1 and let us know what you think. Aliens: Fireteam Elite is out now on Xbox One and Xbox Series, PC, and PlayStation 4 and 5. It features three player online co-op.