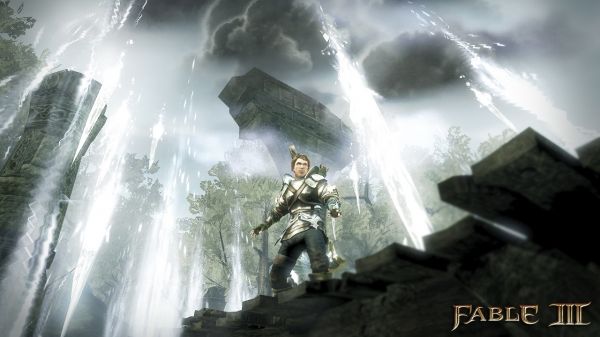 Ok, so "gallery" might be a stretch of the imagination.  It's just three screenshots from the upcoming game Fable 3 straight from the San Diego Comic-Con which kicks off today.  There is one nice surprise to be had in them though, namely,  a giant ship like thing that appears to be on rails underground.  Could this be your personal transport vessel?  The infuriating SHMUP like end boss battle?  Or is our hero simply out for a joy ride through Albion?

Fable 3 hits the PC and 360 this fall with two player improved co-op.