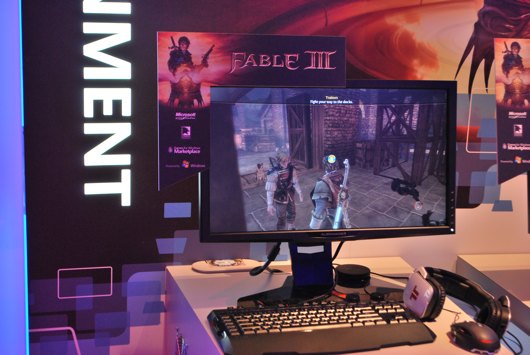 Did someone cast a darkness spell on the release date for the PC version of Fable 3? We’ve seen, beaten, and are just waiting for some DLC on the console Xbox 360 version, but still no word for PC gamers. CES did offer us a bit of light on the game, as it was available for previewing at the Microsoft booth just last week. Hopefully that means they’re just about ready to give up the goods and release for PC already.

At least Fable 3 hasn’t disappeared just yet. Hopefully we’ll be getting some more news on this soon. And by “Soon” we prefer some time before the game slips away and is completely forgotten.