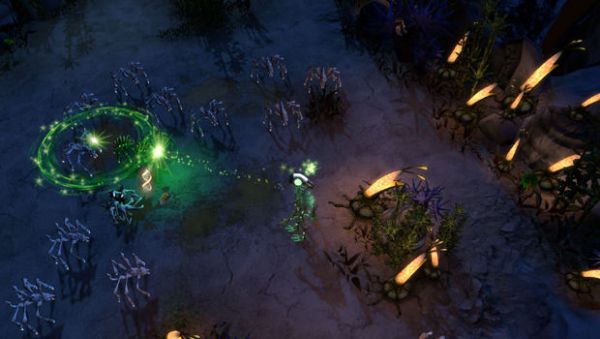 Once upon a time there was a science fiction RPG that started playing Spore on the PC, and they grew up happily and had a beautiful baby called Darkspore. The great minds of Maxis, behind the Spore PC game that allowed users to make their own alien ecosystems wants to take the action up a notch. By joining forces with Bioware, the developers responsible for RPG’s like Knights of the Old Republic, and Mass Effect*, Maxis hopes to make a real hit in the RPG realm.

Darkspore will feature dynamic, fast-paced action as players battle across alien worlds to save the galaxy from the mutated forces of Darkspore in a four-player co-operative and full single-player campaign, as well as intense multiplayer battles. In order to defeat the malicious Darkspore, players will need to collect an arsenal of living weapons - genetic heroes with different combat abilities - and upgrade them with tens of thousands of collectible body parts and armor.

As of right now, Darkspore is sounding a lot like a sci-fi Diablo with a lot of potentially awesome elements. Hopefully working with the Spore/other Maxis creation game background will give every player a unique experience, as well as a lot of fun in the looting and dungeon thumping co-op realm.

*Update*:  Turns out it's not all of "Bioware" helping out on this, just one of the writers from Mass Effect 2.  Apparently the information that came out of the San Diego Comic Con panel was a bit inaccurate.