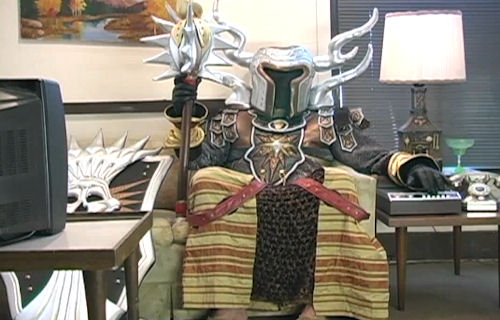 Look, lets be honest.  Two Worlds - it blew hobos big time.  I know it, the internet knows it, Meta Critic knows it, even Southpeak games who published it...well they know it - but won't admit it directly.  So what do you do?  You create a sequel!

We've chronicled Two Worlds 2 in two separate previews now.  It has potential and it already surpasses the "quality" of the first game, but we'll with hold judgement.  But if they can make the game half as entertaining as these videos promoting it, sign me up.

Two Worlds 2 is set in the world of Antaloor.  Sordahon is the right-hand man, the big #2, of Antaloor’s chief baddie, Gandohar.  It's never easy being second in command of anything, especially a video game.  That usually means you're the bitch boss fight before the real boss fight.  You know, the one that's supposed to soften you up for the real battle.  So poor Sordahon is looking for something to pass the time while he waits for his inevitable demise - and that includes catching up on some missed calls.  It appears "fans" of Two Worlds 1 wanted to leave some messages of appreciation.  And by messages of appreciation I mean telling Sordahon how much the first game sucked.

Sounds like it's time to find a new job - and that's just what the second video is about!