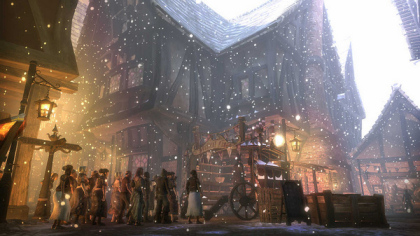 Fable II is a game with a lot to live up to. It's predecessor, Fable, was a solid game; however  it never lead up to the massive hype by its mastermind Peter Molyneux.  From over hyped features to features that never made the game, it was disappointing to some.

Fable II looks to correct the tarnished image of its forefather by delivering on exactly what was promised.  Whether it's a more open world, a greater variety of quests, or just down right gorgeous graphics, Fable II is going to deliver.   IGN has a great article about ten of the cool new features in Fable II.  Some of the ones you might want to check out include "It's Good To Play Together," which summarizes the importance of multiplayer/co-op in Fable II.  The article also has some other interesting bits, like a discussion of the Sims-like nature of meeting people and the place your pet dog will have in the game. .

Hit the link to get some Fable II goodness.