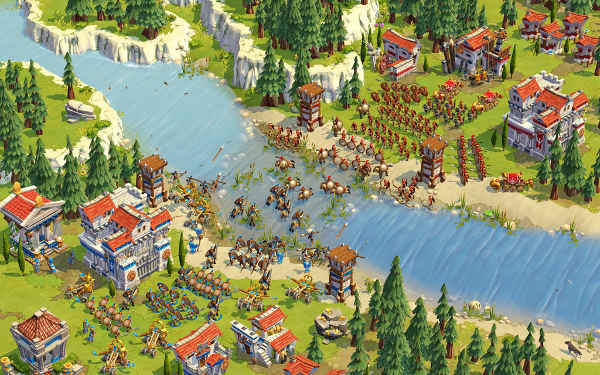 The game will utilize Games for Windows Live and create a persistent world where players build up their own civilization from small village to a full empire.  The empire will grow and flourish even when you aren't actively playing.  Players can choose to play alone or against other gamers in versus.  The game will also offer "Cooperative multiplayer quests" and "a trading and a level-based system."  From the teaser trailer it looks like there's a strong social element to the game.

Another standout feature is the unique art style, which is a bit more colorful and playful than the previous Ages titles.  This seems to go along with the quirky humor element Robot Entertainment is going for with the title. Finally there's a beta test that's going to take place "soon."  To sign up hit the official website and follow the links.  You'll need a proper Gamertag to sign up for it.  There's no word on the game's release date or the number of co-op players it supports.  We'll have more information for you as soon as we get it.