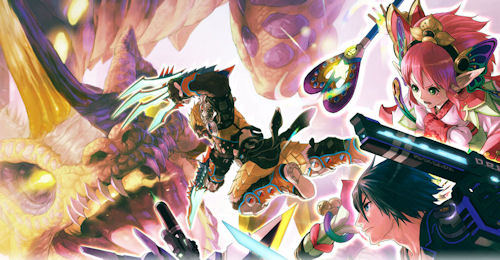 One game that managed to slip under our radar, most likely thanks to the 200 Million Dollar juggernaut Halo Reach blocking its path, is Phantasy Star Portable 2.  Both games were actually released on the same day.  The sequel to the first Phantasy Star Portable title, PSP2 fixes one huge problem we had with the original PlayStation Portable title - online play.  The original title only feature local wireless play while the sequel supports full four player co-op via the internet.

In addition to the online play, Phantasy Star Portable 2 offers over 100 new missions, 2000 weapons, and 170 different enemies to take on in co-op.  Players can also customize their own space in the Phantasy Star world where they can socialize, trade, and chat with other Phantasy Star players.

There's a demo out now for the game on the PlayStation Network if you want to try it yourself.