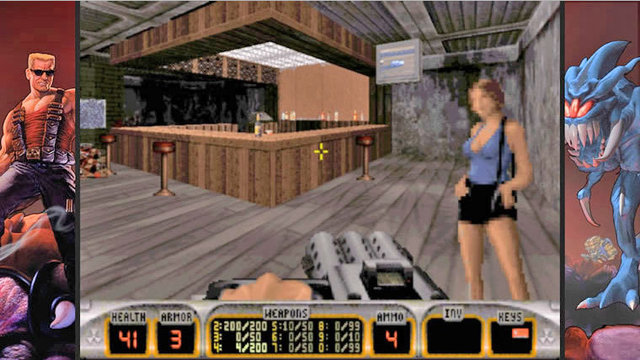 A week has come and gone, and it's time to announce the winners in our Duke Nukem 3D Caption Contest.  If you haven't had the chance, you can check out all the entries here in the original news post.  I'd be nice and say that all the entries were great, blah blah, but I ask you, What Would Duke Do?  Would he be nice?  Nope, he'd laugh at a few of them, and use a rocket launcher on all the rest.  So, without any further delay, here are your winners, in no particular order... 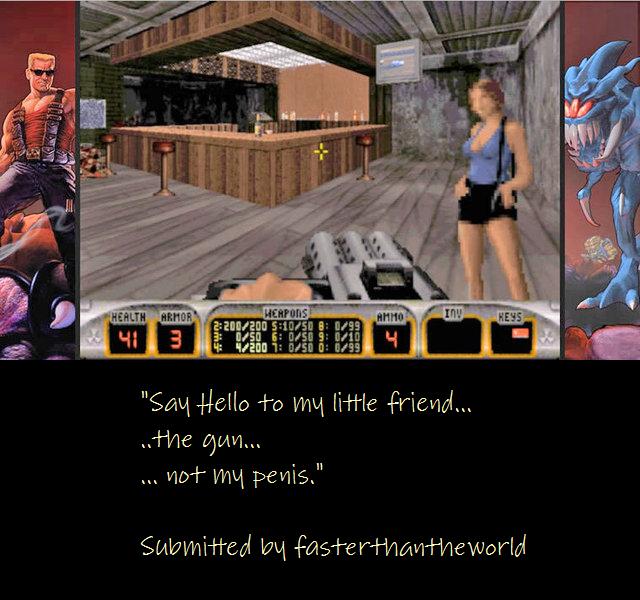 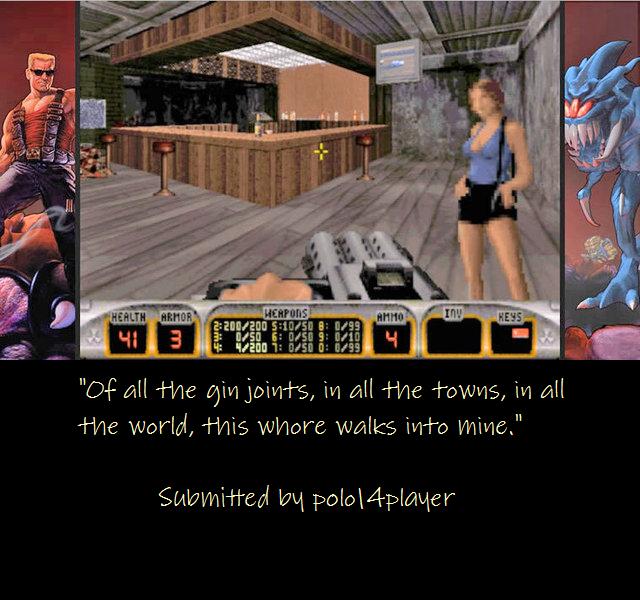 Is he a fourteen year old polo player, or is he playing polo version 14.0?  We're not sure, but "polo14player" takes his cinematic quote from way back in the black and white era, and adds in a hint of potty mouth. 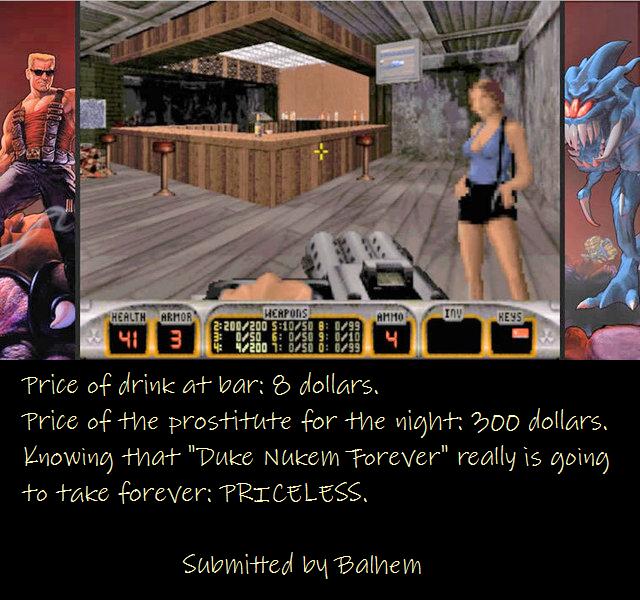 Each of these talented winners will receive a code for Duke Nukem 3D XBLA.  But that's not all!  Since Duke Nukem supports 8 player co-op, these three get to join the Co-Optimus staff for a night of one liners, large guns, aliens, and strippers.  (In the game, that is, not in real life.)  Check your PMs for the codes, you three, and we'll contact you shortly to arrange for the Co-Optimus staff meetup.  Be forewarned: I suck at these games.

But that's not all, folks!  We have an honorable mention that was just too good to pass up.  We can't give you Duke Nukem, but as a consolation prize, you get a year's supply of Rice-A-Roni.. the San Fransisco Treat!  Or was it a code for Tenchu: Shadow Assault?  Hmm... 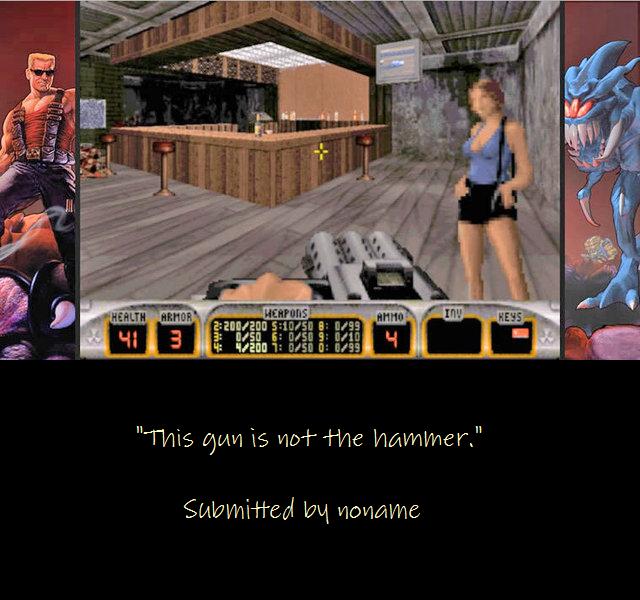 Clint Eastwood himself submitted this one folks.  Really.

I should also mention Nick's own inadvertent submission: "Put it here."  Unfortunately, he is disqualified, for obvious reasons.  Thanks to each and every one of our submitters, and congratulations to the winners!