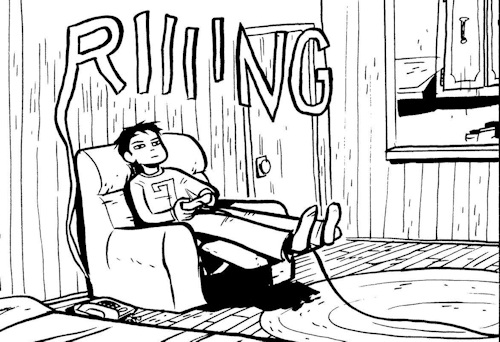 Ubisoft's videogame adaptation of Scott Pilgrim vs. the World is a pretty stellar brawler with River City Ransom-inspired gameplay and unparalleled pixel art. It's also based on one of the best comics ever - at least the first four or five volumes of the book. Let us not speak of the sixth. But since the game's release, one major criticism has always plagued it: the lack of online co-op (it's 4-player offline). Well, color us all surprised: a DLC pack entitled 'Online Multiplayer plus Wallace Pack' is set to launch soon, just two years after the game's release. Timely!

Okay, so the extreme delay in adding a much-desired feature is odd to say the least. The only previous DLC pack for Scott Pilgrim, which added Scott's one-time girlfriend Knives Chau and a couple of new battles, landed on Xbox 360 way back in January 2011. But let's not look a gift horse in the mouth here! People who've always wanted to take on Scott Pilgrim with a long-distance friend or three will finally be able to do so. Even if that's not a priority, the addition of Scott's lovable roommate Wallace Wells (pictured above) and the likelihood of new Achievements will give fans a good reason to run through the game once again. If you're still wondering about the timing, it seems to closely follow the release of Scott Pilgrim Color Hardcover Volume 1.

The 'Online Multiplayer plus Wallace Pack' is due out on Sunday, August 19 on Xbox 360 for 400 Microsoft Points ($5). Ubisoft hasn't annoucned the PSN version's release date yet, but it's probably the same day or very close to it. We'll have more details and screens from the pack soon!